South Korea may have defeated Australia 1-0 in their men's football friendly at home on Friday. But the victory shouldn't cover up the fact that the Taeguk Warriors displayed the worst version of themselves for the majority of the match. Super sub Hwang Ui-jo had to come off the bench and rescue his team from the brink of a frustrating draw with a 76th minute winner. 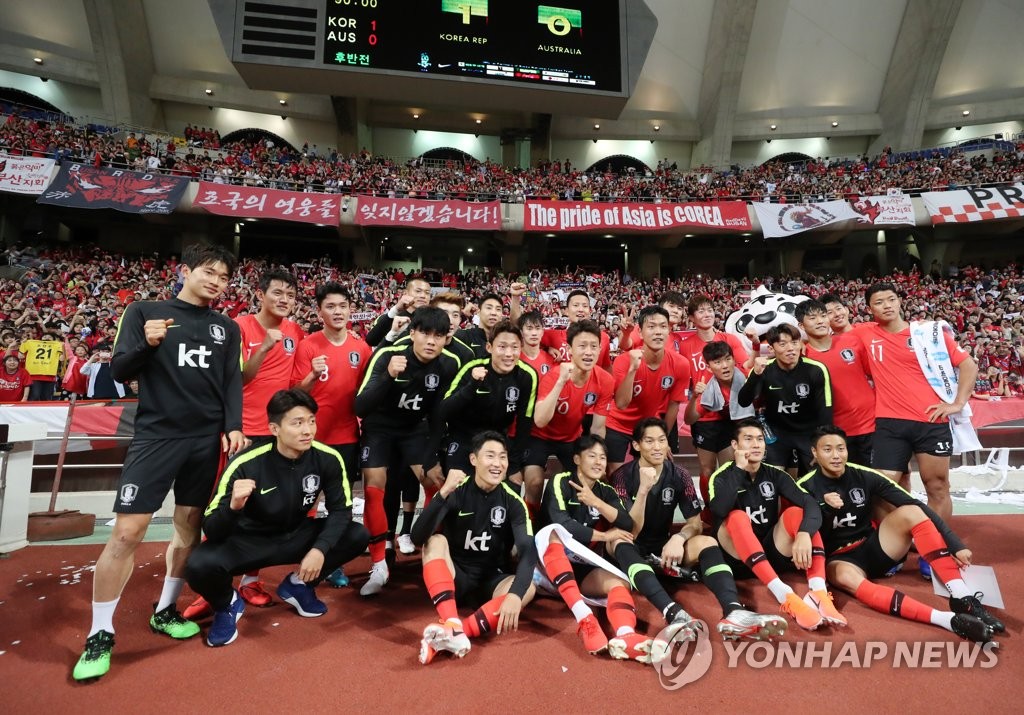 Paulo Bento's side exhibited many of the same problems that had dogged them in recent matches. They lacked delicate touch in the attacking third. Their transition game was slow and predictable. The defensive backs were often flustered by the hard forechecking of Australian forwards. And the attacking players weren't able to find much of an opening against the physical and steady Australian defense.

For the most part, South Korea were outworked by Australia, whose starting lineup featured nine players with fewer than 10 caps prior to Friday at Busan Asiad Main Stadium.

The sellout crowd of 53,000, on hand to watch the first men's international match in 15 years in the southeastern city, almost went home disappointed. They didn't even get to see their team attempt a shot -- not just on target, but anywhere near the goal -- in the first half, while Australia kept forcing turnovers and applying pressure in the offensive zone.

Defensive midfielder Ju Se-jong got stripped of the ball by Brandon O'Neill in the 10th minute, and Mitchell Duke shot it just wide left of the goal on the ensuing play. Ju, in particular, had a match he'd rather forget, as he made a number of poor decisions in his own zone and failed to serve as the steady presence in the 3-5-2 scheme that he was asked to be. 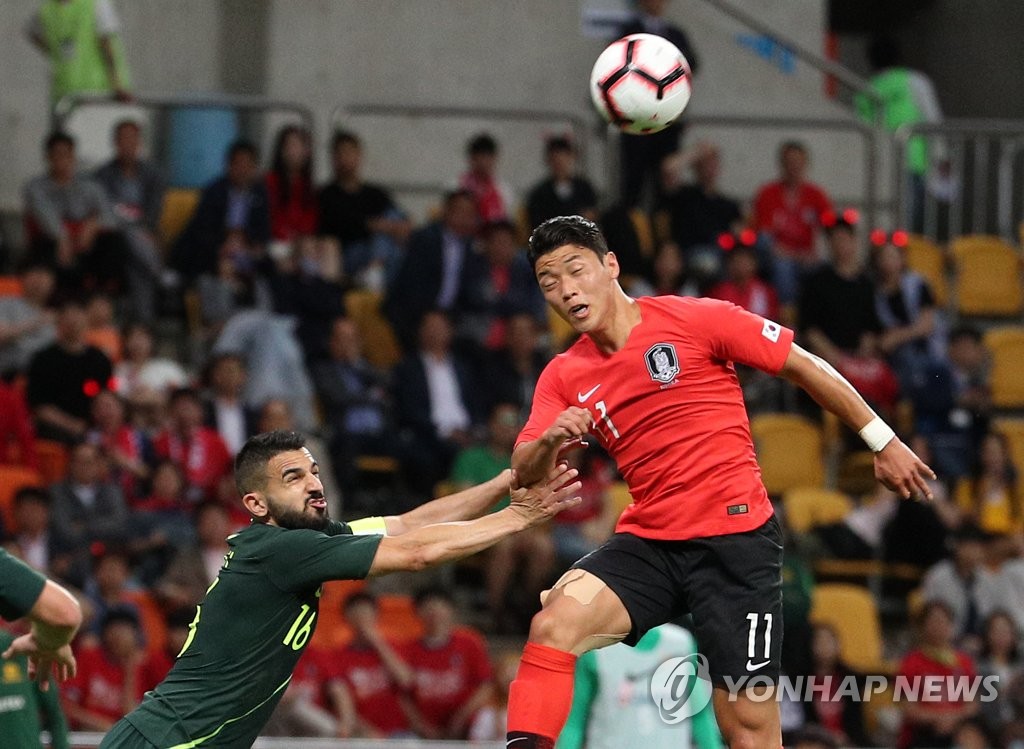 Bento's back-three formation, with three defensive backs aided by wing backs on either side, seemed like an ill-fitting jacket for South Koreans, who looked out of sorts in the early going. Up front, captain Son Heung-min, starting five days after playing for the losing Tottenham Hotspur in the UEFA Champions League final, was invisible in the first half. He tried to force his way into the scoring sheet in the 60th minute but found himself surrounded by three defenders and never even got a shot off.

It took a perfectly timed shot by Hwang midway through the second half for South Korea to walk away with the W. Two substitutes connected for the goal, with Hong Chul feeding Hwang with a cross that went off the body of a defender before the forward pushed it home with the sole of his right foot.

South Korea will next host Iran on Tuesday in Seoul. It will be the final international match before the start of the regional qualification for the 2022 World Cup.

And Friday's victory served as a reminder of just how much work South Korea have left to do if they are to survive an increasingly tough Asian qualifying stage.