BUSAN, June 7 (Yonhap) -- After his team eked out a 1-0 victory over Australia in a men's football friendly Friday, South Korea head coach Paulo Bento stood by his decision to use a formation that appeared ill-suited for his personnel.

Hwang Ui-jo's 76th minute goal sealed the nervy win for the home team at Busan Asiad Main Stadium in this southeastern city. It came after South Korea failed to even take a shot in the first half and only showed flashes of offensive life early in the second half. 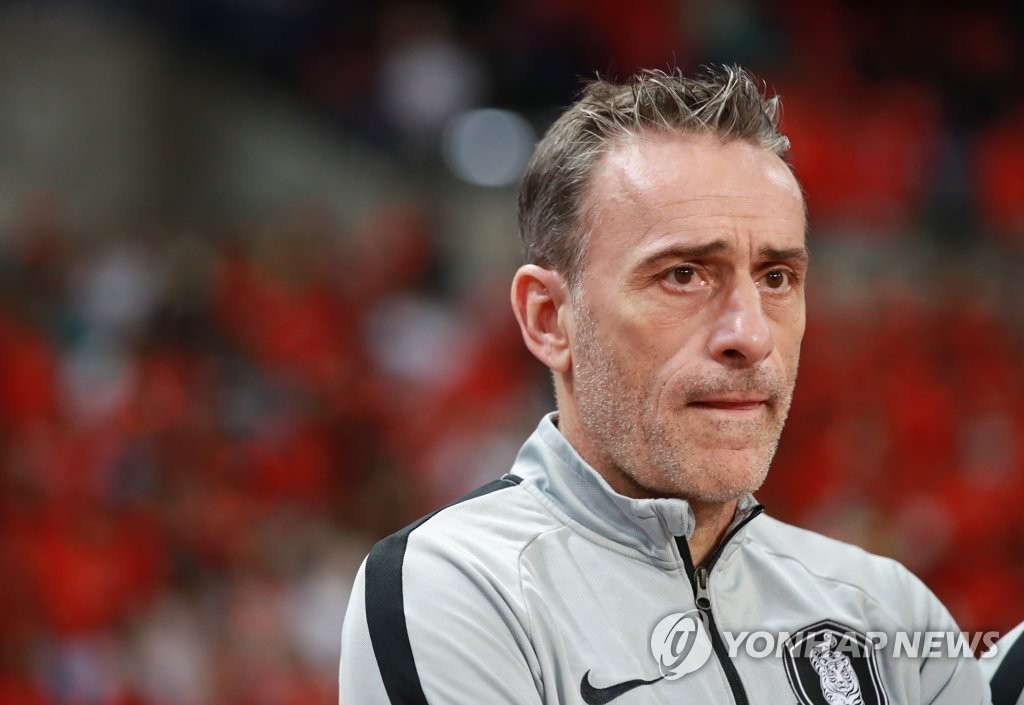 Bento came out with a 3-5-2 formation, the first time he deployed three defensive backs since a friendly against Saudi Arabia on New Year's Eve last year. He has since been using a more conventional four-back setup.

In Friday's scheme, two wing backs had some offensive leeway, and it left three backs with most of the defensive responsibilities. But South Korean players looked out of sorts. They couldn't generate much on offense, and they had some dicey moments against physical and pressing Australian attackers on defense.

But as far as Bento saw, this match provided a perfect opportunity to test the formation ahead of the Asian qualification for the 2022 World Cup beginning in September.

"I felt that we needed to have some tactical diversity before the World Cup qualifiers," Bento said. "Of course, we still have room for improvement. But in terms of adding a tactical option, this was a good match. We need to have this sort of an alternative that will allow us to make adjustments against different opponents."

Bento admitted his team was far better in the second half than the first half, though he was still satisfied with the overall effort given that the players barely had a week to train together. 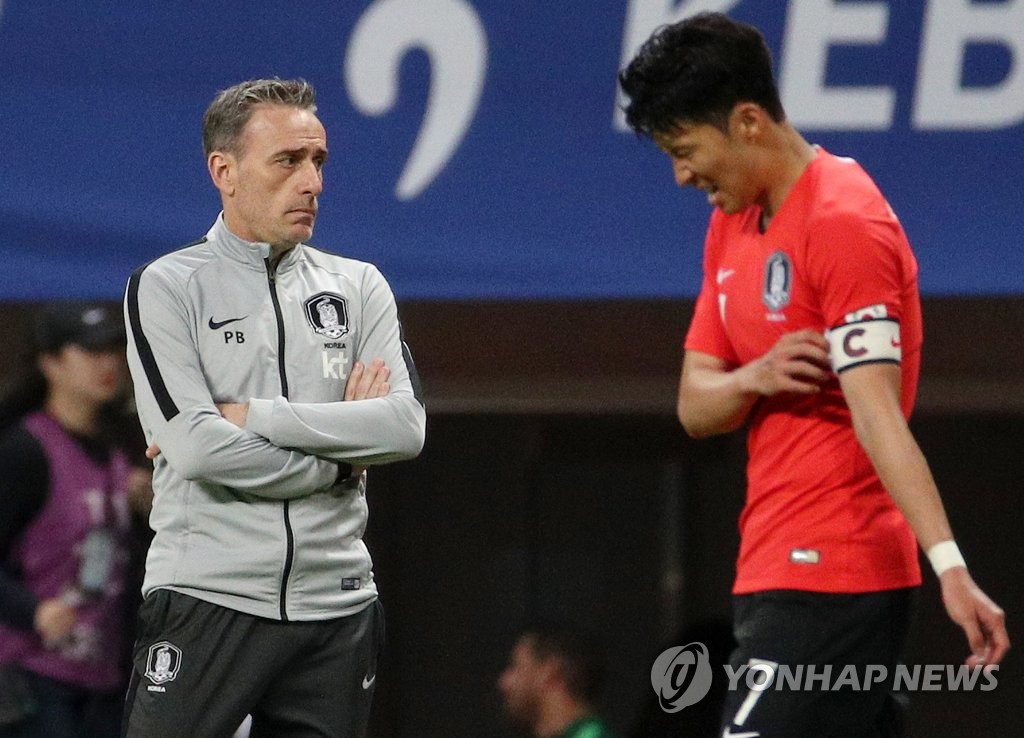 "Our objective for the match was to maintain a high level of play while playing in a different formation," Bento said. "And I think things went well in that regard, particularly on the defensive side."

The problem on offense, Bento said, was that his players failed to mount counterattacks after their defenders escaped Australian forechecking with initial passes.

Bento played captain Son Heung-min for the entire match, despite growing calls from fans to rest the weary star from Tottenham Hotspur coming off a long season that included a pair of international tournaments for his country. Son competed in the UEFA Champions League final, which kicked off at 4 a.m. Sunday Korean time, before joining the national team Tuesday night.