PARIS, June 7 (Yonhap) -- South Korea dropped to hosts France 4-0 to start the FIFA Women's World Cup on Friday, unable to handle power and precision of the hosts on the opening day of the competition.

South Korea conceded three goals in the first half and gave up another in the second half in Group A action at Parc des Princes in the French capital, as they failed to avenge a 3-0 loss to France in the round of 16 at the previous tournament in 2015.

Center back Wendie Renard headed in two of the French goals in the first half, while forward Eugenie Le Sommer and midfielder Amandine Henry chipped in a goal apiece. 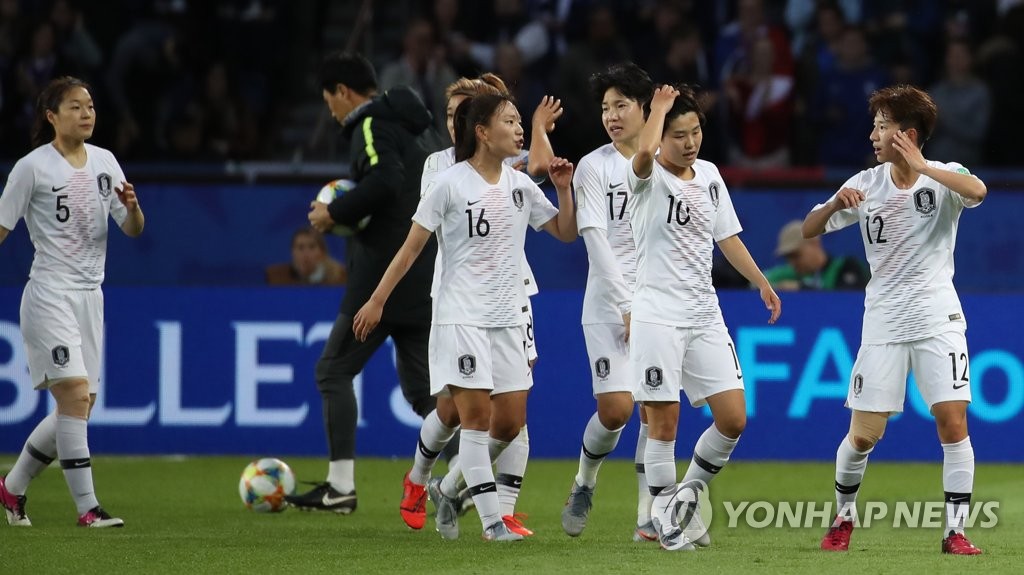 South Korea are trying to qualify for the round of 16 for the second straight tournament. The top two nations from each of the six groups, plus four best third-place teams, will advance to the knockouts.

France are the top-ranked team in Group A at No. 4, 10 spots above South Korea. Yet the chasm seemed even bigger on the field. From the opening moments, France started dominating the run of play. Amandine Henry fired the opening salvo in just the second minute, curling one wide of the right post after a South Korean turnover.

It was the first of many miscues by South Koreans in their own zone. In the seventh minute, Le Sommer tested Kim Min-jung, the South Korean goalkeeper, making only her fourth international appearance, with a hard shot.

The ball barely left the South Korean zone early on, and Le Sommer scored what seemed like an inevitable first goal in the ninth minute.

Amandine Henry stripped Lee Young-ju of the ball in midfield and sprinted down the right flank before setting up Le Sommer, who fired it to the top shelf for a 1-0 lead.

It was the fastest goal scored in an opening match of the Women's World Cup. 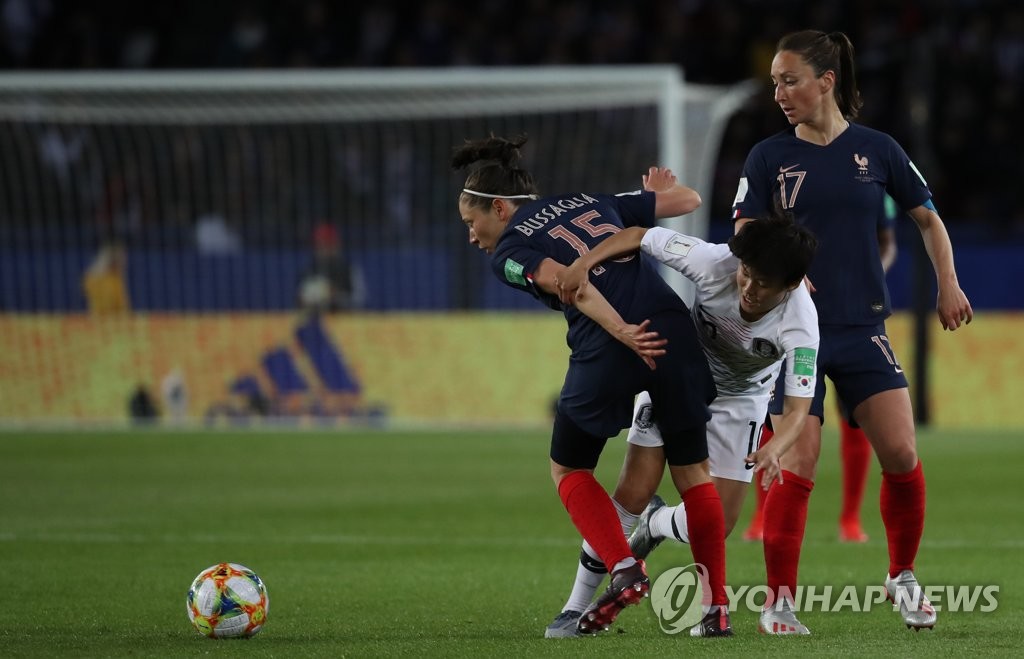 France continued to pile on. Griedge Mbock Bathy had her goal wiped out at the half-hour mark on an offside ruling following a video review. Renard scored one that counted in the 35th minute, heading home a Gaetane Thiney corner in a play that looked impossibly easy.

Renard, the tallest player at the tournament at 187 centimeters, picked up her second goal during added time, this time heading in a corner by Amel Majri. Renard jumped effortlessly over defender Hwang Bo-ram and caught Kim Min-jung flat-footed in the net.

France had 17 shot attempts in the first half against zero for South Korea,

It was much the same story in the second half, as France kept the pressure on the defense in search of a fourth goal before the delighted partisan crowd.

Henry took a crack at extending the lead, though her 56th-minute volley went right to Kim. Elise Bussaglia missed the target high and left after a give-and-go in the 78th minute.

Henry rounded out the scoring in the 85th minute. She was left untouched as she cut toward the middle from left side and fired one it into the far corner.

For South Korea, Kang Chae-rim and Lee Min-a brought some energy off the bench in the second half, though their efforts weren't nearly enough to put one past Sarah Bouhaddi in the French net.