PARIS, June 7 (Yonhap) -- This could have been even worse.

South Korea were routed by France 4-0 in the opening match of the FIFA Women's World Cup in Paris on Friday but somehow, the match was far more lopsided than the final score indicated.

France, world No. 4 and among the favorites for the title, dominated South Korea in all aspects. The hosts had a goal called back on an offside after a video review, and didn't let up even after building a 3-0 lead in the first half. 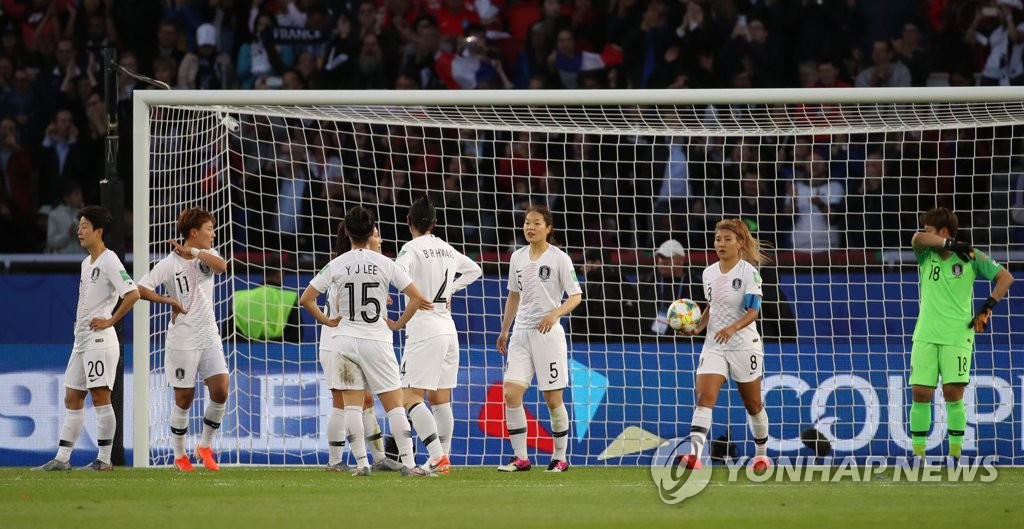 South Korea didn't have a shot attempt and had no presence in the offensive zone over the opening 45 minutes. They were scrambling to stop the French onslaught, but didn't help themselves with a slew of turnovers and sloppy passes in their own zone.

South Koreans were overwhelmed by the speed, power and precision of their opponents, who got the first goal from Eugenie Le Sommer in the ninth minute for the earliest goal ever scored in an opening match of the tournament. That Le Sommer's goal came off a South Korean turnover was a microcosm of how the match played out. South Korea were lucky to have escaped unscathed from a couple of earlier chances by France after near-costly miscues.

Wendie Renard, the tallest player at this competition at 187 centimeters, towered over the hapless South Korean defense as she headed home a pair of goals. Both of them came from corners, first in the 35th minute with Gaetane Thiney getting the assist, and then during added time as Amel Majri took the kick to set up Renard.

France didn't let up, with their continued dominance resulting in Amandine Henry's goal in the 85th minute.

Second-half subs Kang Chae-rim and Lee Min-a tried to provide some spark for the South Korean offense in the second half, but the team finished with only four shot attempts and one on target.

France had 21 shot attempts with eight on target. They also took 13 corners to South Korea's one.

South Korea are still alive in their pursuit of a second straight knockout berth, though they certainly didn't help themselves by allowing four goals in the first match.

The top two teams from each of the six groups and four best third-place teams will qualify for the round of 16. With Nigeria and Norway up next, the realistic hope for South Korea will be to try to squeeze in as a No. 3 seed.

But the first tiebreaker among third-place nations will be the goal difference. South Korea are already at minus-4 in that category.

The next match against Nigeria on Wednesday may as well be the first one of the tournament for South Korean attackers like Ji So-yun and Jung Seol-bin, who barely touched the ball against France. 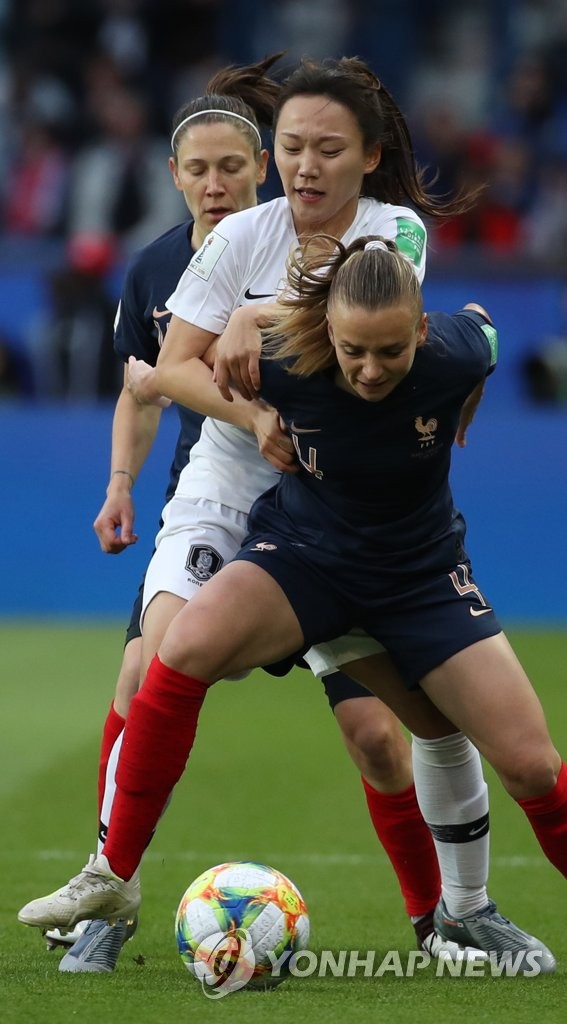 (Women's World Cup) French onslaught too much to handle for S. Korea

(Women's World Cup) French onslaught too much to handle for S. Korea