PARIS, June 7 (Yonhap) -- It's difficult to see much of a silver lining when you lose a football match 4-0, but South Korea head coach Yoon Duk-yeo managed to do that following his team's defeat to France at the FIFA Women's World Cup Friday.

France poured in three goals in the first half at Parc des Princes in Paris, en route to a comfortable victory to kick off the tournament. 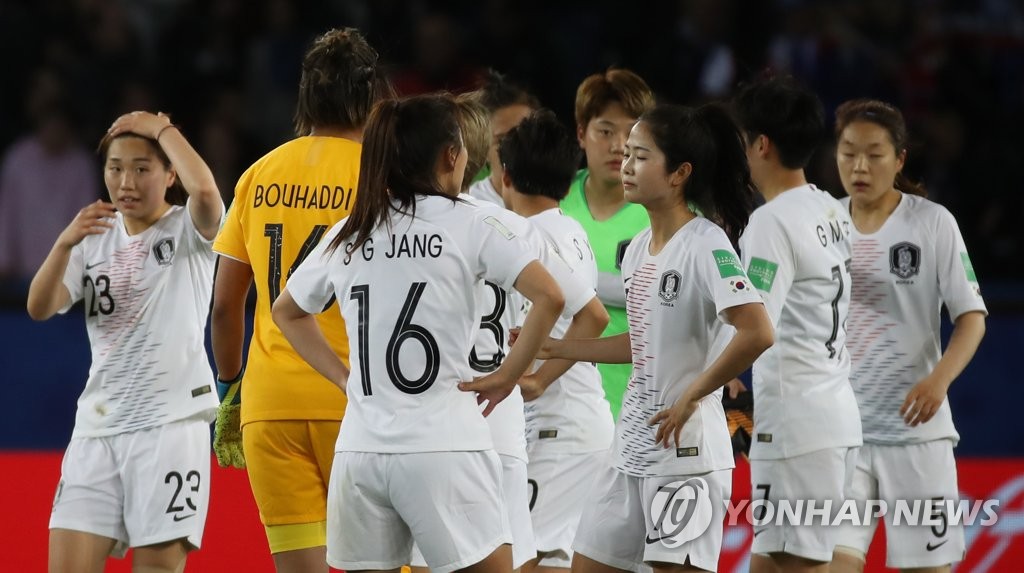 South Korea started Kim Min-jung in goal for only her fourth international appearance. France had 21 shot attempts and eight on Kim.

The 22-year-old, a last-minute replacement for injured veteran Kim Jung-mi, made a couple of stops in the early going before the French onslaught ensued. And Yoon said Kim did as well as she could.

"She doesn't have much experience, and even though she gave up some goals, playing in a match like this should help her in the long run," the coach said. "As a team, we played an extremely tough match. We have to regroup quickly and get ready for the next two matches." 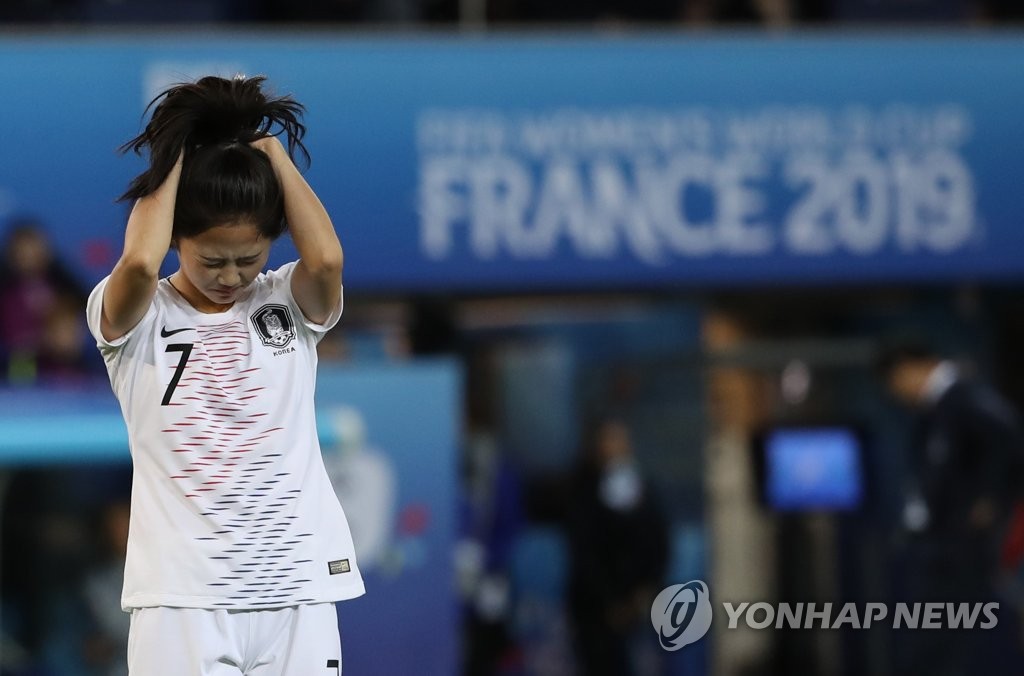 South Korea didn't have any shot attempt in the first half, and showed a little bit of life when Kang Chae-rim, the team's youngest player at 21, came off the bench in the 52nd minute. Kang ended up recording the only shot on target for South Korea.

"I am counting on our young players like Chae-rim to continue their growth after this type of match," Yoon said. "We struggled so much today because we haven't had a lot of opportunities to play powerful teams like France. In order for South Korean football to develop further, we have to face these teams more often."

Yoon gave credit where credit was due, saying every French player looked dangerous on the field. And he said he was concerned about the mood in his locker room, where players were beating themselves up for getting routed.

By giving up four goals in the opening match, South Korea dug themselves into a deep hole. They could still squeeze into the round of 16 as one of the four best third-place teams from six groups. But the first tiebreaker among No. 3 seeds is the goal difference, and South Korea are minus-4 in that department already.

"We had to keep the opposing goals to a minimum," Yoon said. "But we'll have to accept this result, no matter how disappointed we are, and we have to start getting ready for the next one."

South Korea will face Nigeria Wednesday for the second group match, followed by Norway on June 17. 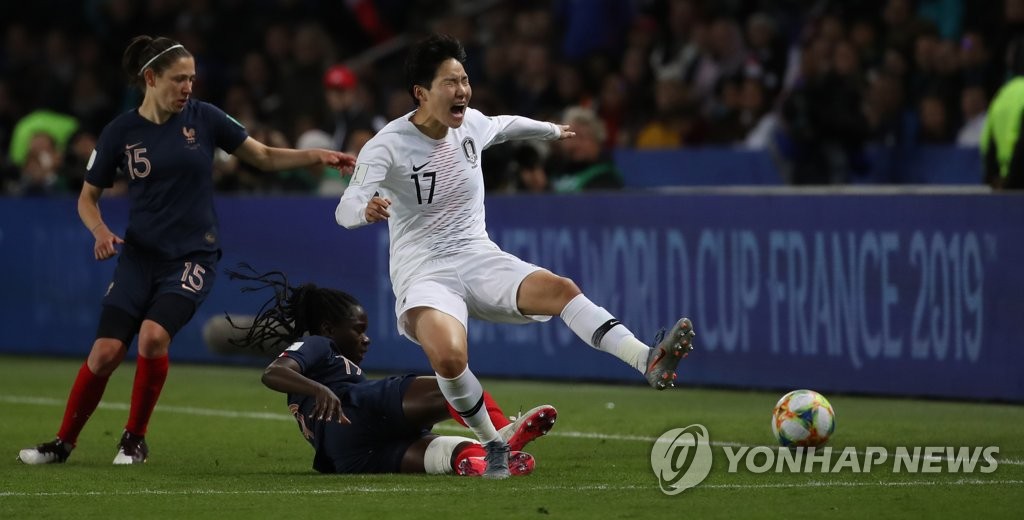