BEIJING, June 8 (Yonhap) -- Ri Ryong-nam, North Korea's vice premier of the cabinet, arrived in Beijing on Saturday to make a stopover on his way to an international forum in Nigeria, informed sources said.

He was seen at a VIP room in Beijing Capital International Airport at around 10:10 a.m., greeted by North Korean Ambassador to China Ji Jae-ryong and some officials from the Communist Party of China, the sources said.

Accompanied by the officials, Ri left the airport and headed to downtown Beijing. The airport had apparently tightened security around the premises around the time of his arrival.

Ri, who's in charge of the North's foreign economic exchanges, especially securing foreign revenue for its leader Kim Jong-un, is reportedly on a trip to Nigeria to attend an international event.

It was not immediately clear whether he was also scheduled to meet with Chinese officials during the stopover.

He has met with heads of South Korea's largest conglomerates, such as Samsung, SK and LG, when the businessmen from Seoul went to Pyongyang after the September inter-Korean summit last year. 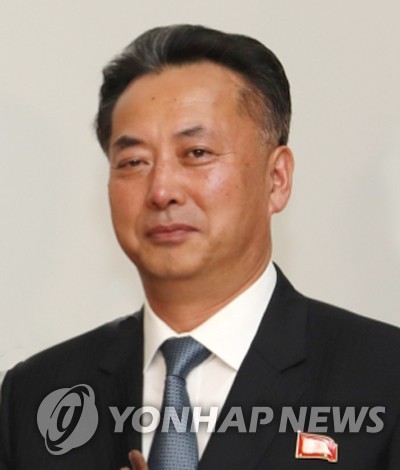 Senior N.K. official in Beijing on way to int'l forum in Africa

Senior N.K. official in Beijing on way to int'l forum in Africa