GWANGJU, June 8 (Yonhap) -- Kim Hong-il, a son of late former President Kim Dae-jung, was laid to rest in the national cemetery in the southwestern city of Gwangju on Saturday, nearly two months after his death, people close to the matter said.

The funeral service for the former politician was held at the National Cemetery for the May 18th Democratic Uprising, about 300 kilometers away from Seoul, attended by his family and some 50 other fellow politicians, including Reps. Chung Dong-young and Park Jie-won of the minor opposition Party of Democracy and Peace.

Saturday's burial was a relocation of Kim's grave, which took almost two months after his passing on April 20.

Kim was initially buried at a nearby cemetery because the government had to review his eligibility for the burial at the national cemetery. Although Kim was recognized as a man of merit, his 2006 criminal conviction for bribery called for an assessment for his burial.

The review panel at the ministry decided late last month that his past conviction does not undermine the spirit of the May 18 pro-democracy uprising.

Kim went through extreme torture by the authoritarian Chun Doo-whan government in the 1980s in a political crackdown against his father, who later led Korea from 1998-2003 and won a Noble Peace Prize winner for his devoted pro-democracy activities.

The younger Kim suffered from Parkinson's disease until his death at age 71.

Known as the most beloved son of ex-President Kim, who died in 2009, Kim Hong-il is still widely respected in South Korean politics for his lifelong commitment to fighting for democracy and improving inter-Korean relations. 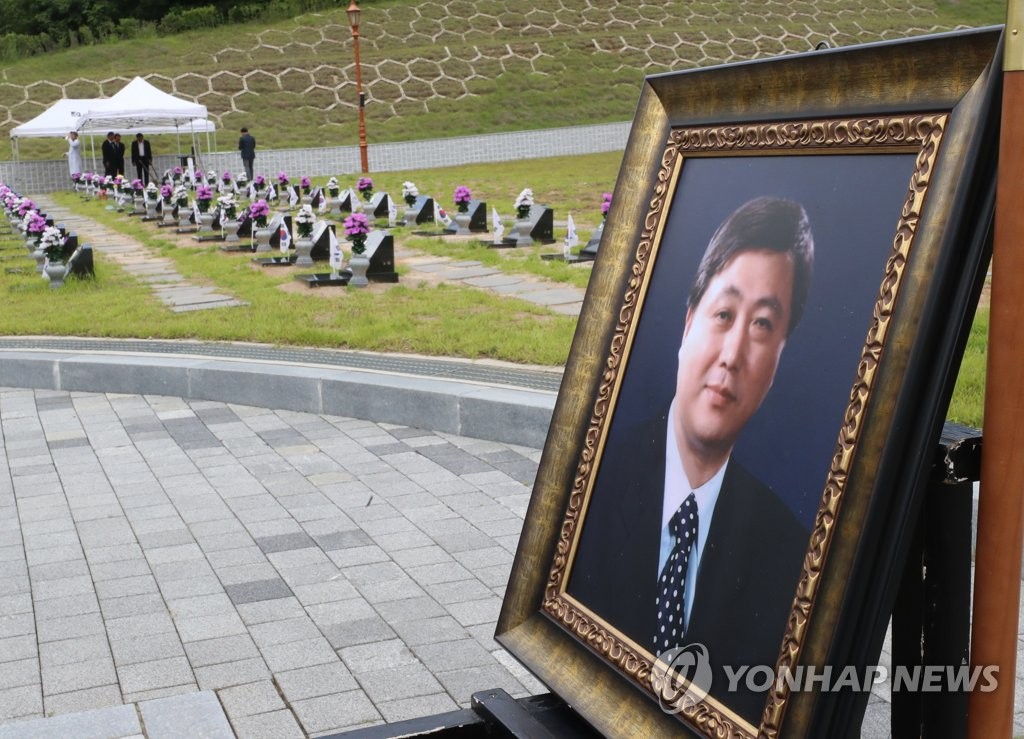