SEOUL, June 8 (Yonhap) -- Prime Minister Lee Nak-yon on Saturday visited a pig farm and the Civilian Control Zone near the border with North Korea, making his third visit to border areas to check efforts to prevent an outbreak of African swine fever.

South Korea has been on high alert since North Korea told the World Organization for Animal Health late last month that pigs had died from the highly contagious disease at a farm on its border with China. 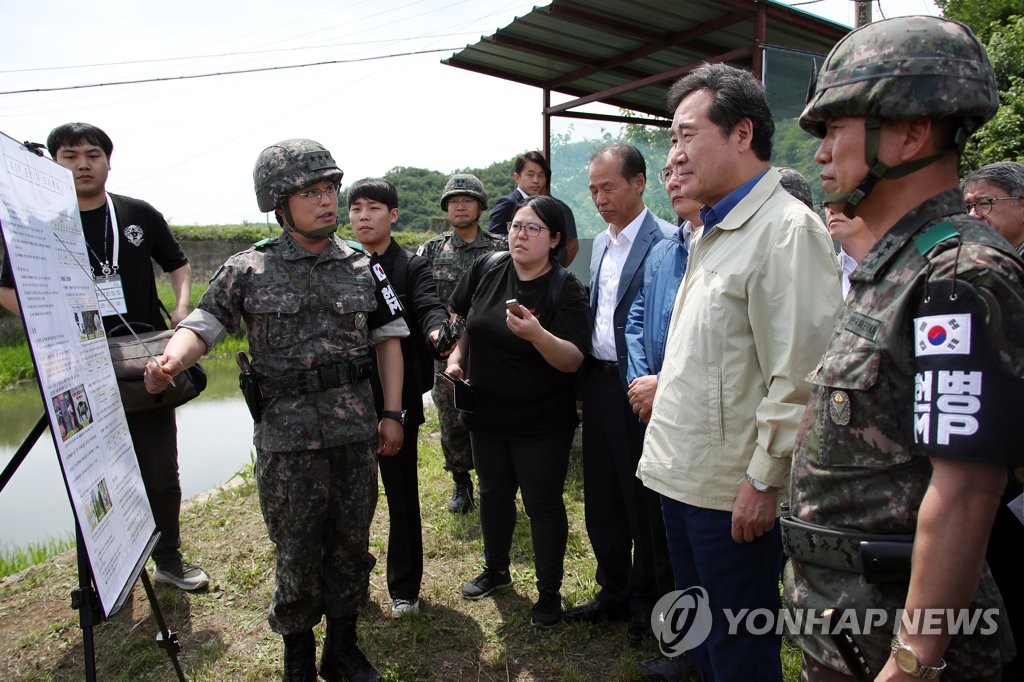 Visiting a pig farm in Gangwon province, Lee told officials that efforts to prevent an outbreak of African swine fever would last long and called for them to thoroughly take disinfection and quarantine measures in border regions.

Although African swine fever is not harmful to people, it is fatal and highly infectious for pigs, with no cure currently available. Since its outbreak in China in August, the disease has spread to neighboring countries, like Mongolia and Vietnam.

The South Korean government has been rolling out stronger quarantine measures to prevent the disease from entering the country, including imposing stronger fines on people bringing in livestock products.
(END)