BUDAPEST, June 8 (Yonhap) -- Hungarian rescue workers stepped up preparations on Saturday to lift a sunken tour boat off the floor of the Danube River, a South Korean official said, with local media reports saying the ship is expected to be raised on Sunday.

Song Shun-keun, a defense attache at the South Korean Embassy in Budapest, told reporters that Hungarian authorities have installed wire harnesses under the boat and taken other measures to guarantee that what is inside the boat does not go missing in the process.

A huge floating crane, which was placed near Margit Bridge, where the boat sank, will raise the boat and the work could take four hours, Song said.

"The core part of raising the boat is to steadily lift the heavy vessel despite the fast-moving current," Song said.

The Hableany tour boat was carrying 33 Korean tourists and two Hungarian crew members when it capsized and sank on May 29 after being hit by a larger Swiss cruise ship from behind. Seven South Koreans were rescued right after the accident. 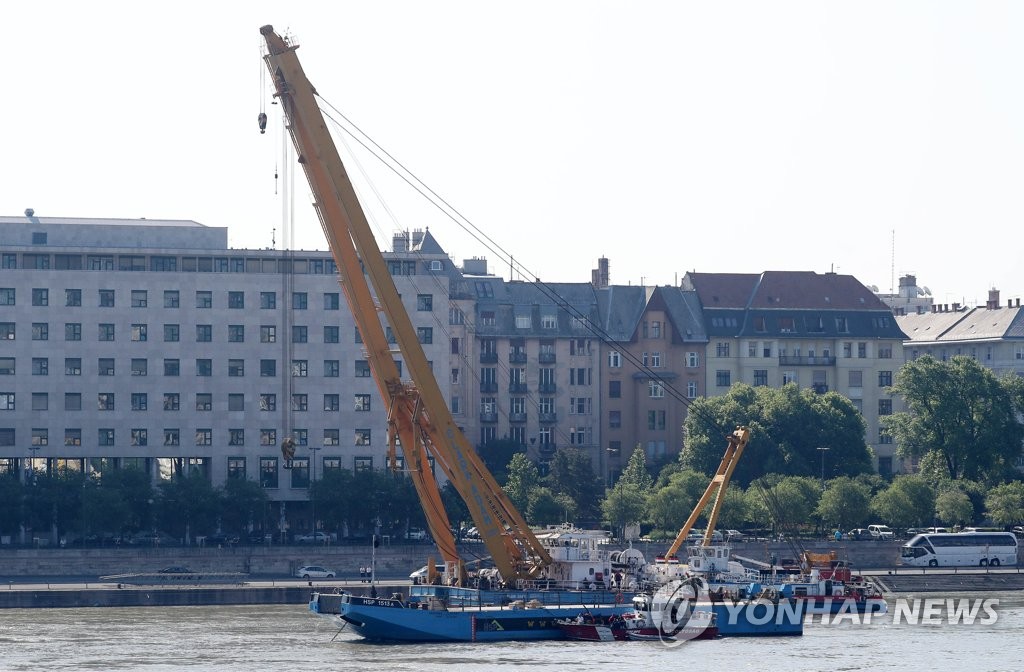 So far, 18 South Korean tourists and a Hungarian man have been confirmed dead, with nine others still missing.

Search operations had been hampered by high waters due to heavy rainfall. The authorities have sent divers into the river to search for the missing.

South Korean Foreign Minister Kang Kyung-wha expressed thanks to the governments of central European states for their assistance in the search for the South Koreans missing in the deadly boat sinking in Hungary, Kang's ministry said earlier in the day.

"Hugely grateful for the fullest cooperation we're getting from the Hungarian authorities in terms of the search and also in terms of the investigation, and also to the neighboring countries for the support of equipment, of personnel that this has required," Kang said at a GLOBSEC conference in the Slovak capital of Bratislava.

Kang was on a two-day trip there to attend multilateral security talks with the Visegrad Group, a regional alliance led by Hungary, the Czech Republic, Slovakia and Poland. 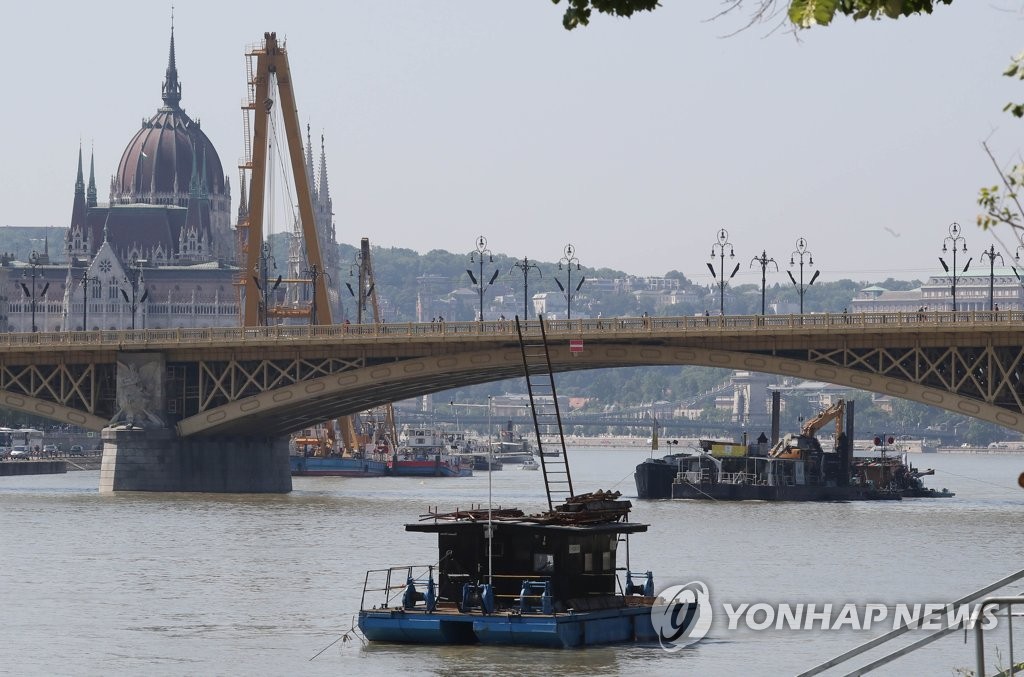