BIELSKO-BIALA, Poland, June 8 (Yonhap) -- South Korea advanced to the semifinals of the FIFA U-20 World Cup on Saturday after knocking off Senegal on penalties.

After the teams ended 120 minutes of regulation and extra time knotted at 3-3, South Korea prevailed 3-2 in the penalty shootout in the quarterfinals at Bielsko-Biala Stadium in Bielsko-Biala, Poland. 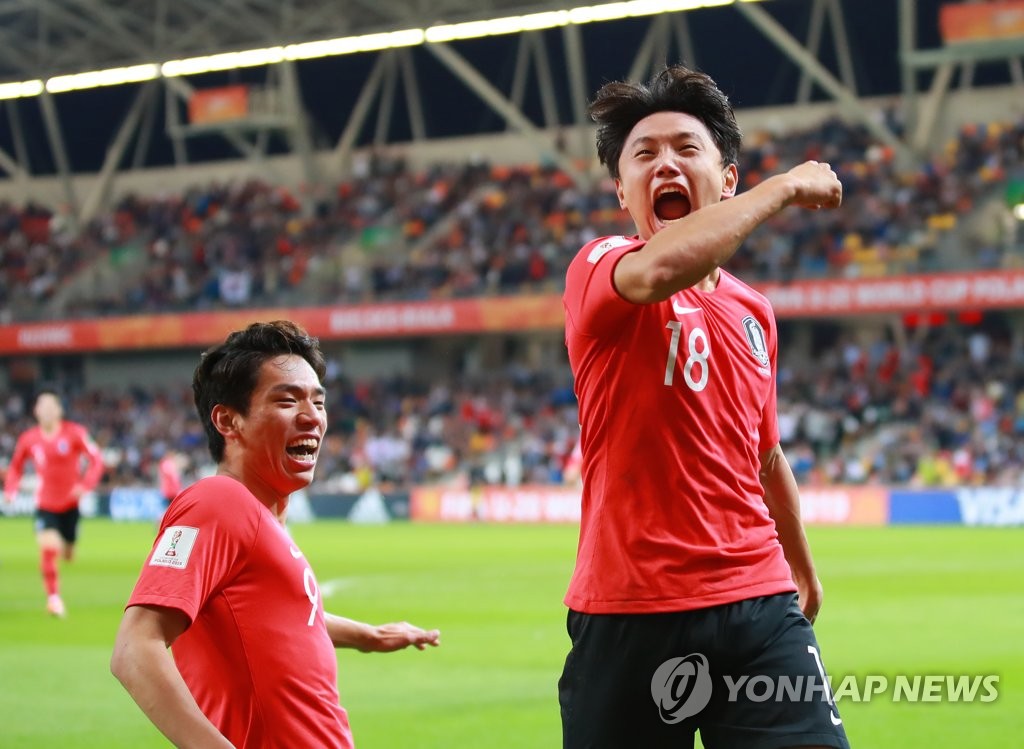