BIELSKO-BIALA, Poland, June 9 (Yonhap) -- South Korea's youngest player at the FIFA U-20 World Cup has also been their best player, and midfielder Lee Kang-in put on a dominant show when the team needed it the most.

The 18-year-old scored a goal and assisted on two others as South Korea knocked off Senegal 3-2 on penalties in the quarterfinals at Bielsko-Biala Stadium in Bielsko-Biala, Poland, on Saturday. The teams were deadlocked at 3-3 after 120 minutes of action, and Lee was involved in all three South Korean goals. 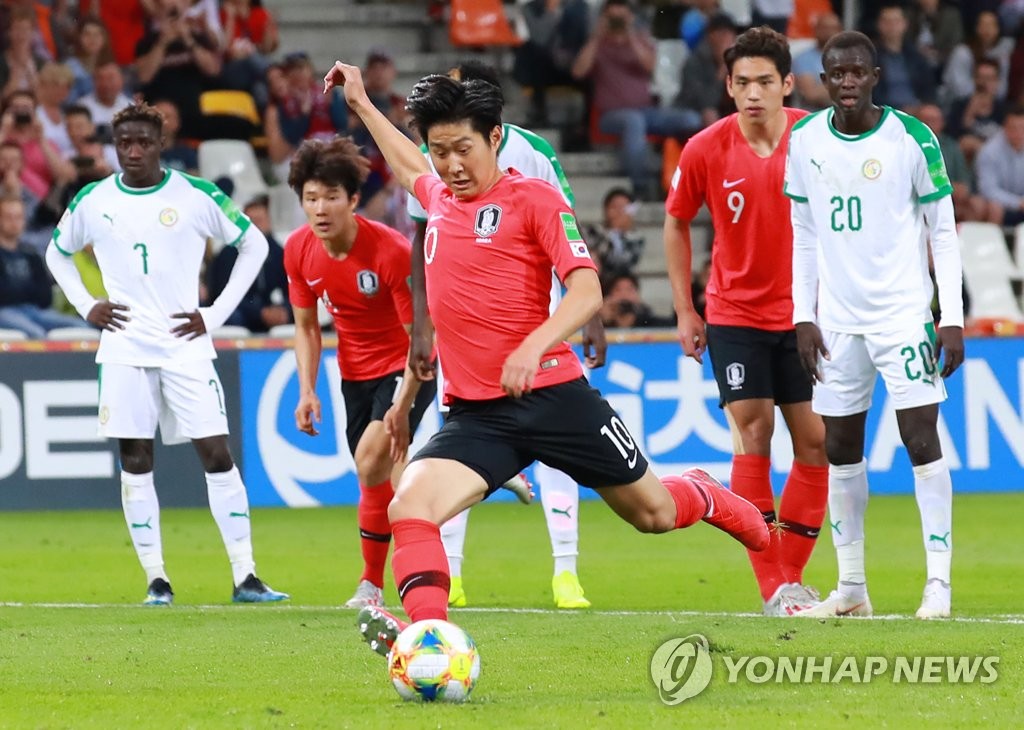 For the past two weeks, the rising star for Valencia CF has mesmerized fans and struck fear into opponents with his left foot. And it created more magical moments on Saturday.

Lee fired the opening salvo for South Korea with a high left-footed shot in the first minute of the match. And with his team down 1-0 in the 44th minute, Lee curled a free kick just over the Senegalese wall and forced Dialy N'Diaye to make a tough diving stop in net.

Lee beat N'Diaye on a penalty in the 62nd minute, awarded after teammate Lee Ji-sol was pushed from behind by an opponent in the area. It was Lee Kang-in's first goal of the tournament.

He had been the facilitator throughout the tournament, and his playing making ability was on full display on the next two South Korean goals. 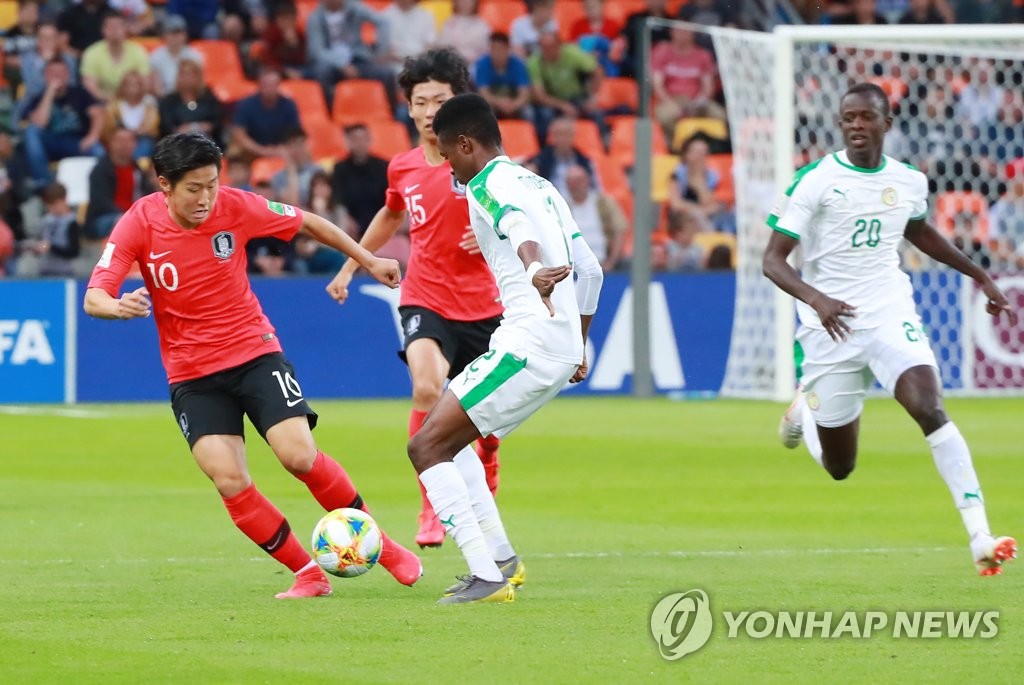 A whopping nine minutes were added to the clock in the second half, which featured multiple video reviews and injury delays. And with Senegal up 2-1 and the clock about to strike midnight for the Cinderella Korean team, Lee took a corner kick from the left side and set up Lee Ji-sol's header that knotted the score.

And six minutes into the extra period, Lee Kang-in set up Cho Young-wook's tie-breaking goal with a picturesque pass. Lee threaded a needle, and the ball somehow went through three defenders to find Cho, who struck it high for a 3-2 South Korean lead.

Lee was taken out late in the first extra period with apparent bouts of muscle cramps. He watched helplessly as South Korea allowed an equalizer only seconds before the end of extra time and got dragged into the penalty shootout.

The team's best spot kicker was limited to the role of a cheerleader, and South Korea came out on top in the end.

South Korea are in the semifinals of the youth tournament for the first time since 1983, and Lee said after the match he isn't done rewriting the record books.

"I couldn't have done this without the support of my teammates, and I want to make Korean football history with these guys," Lee said. "Before the shootout, I had confidence that my teammates could pull out the victory. I told them I had a feeling we'd take this one, and I am so happy that we did." 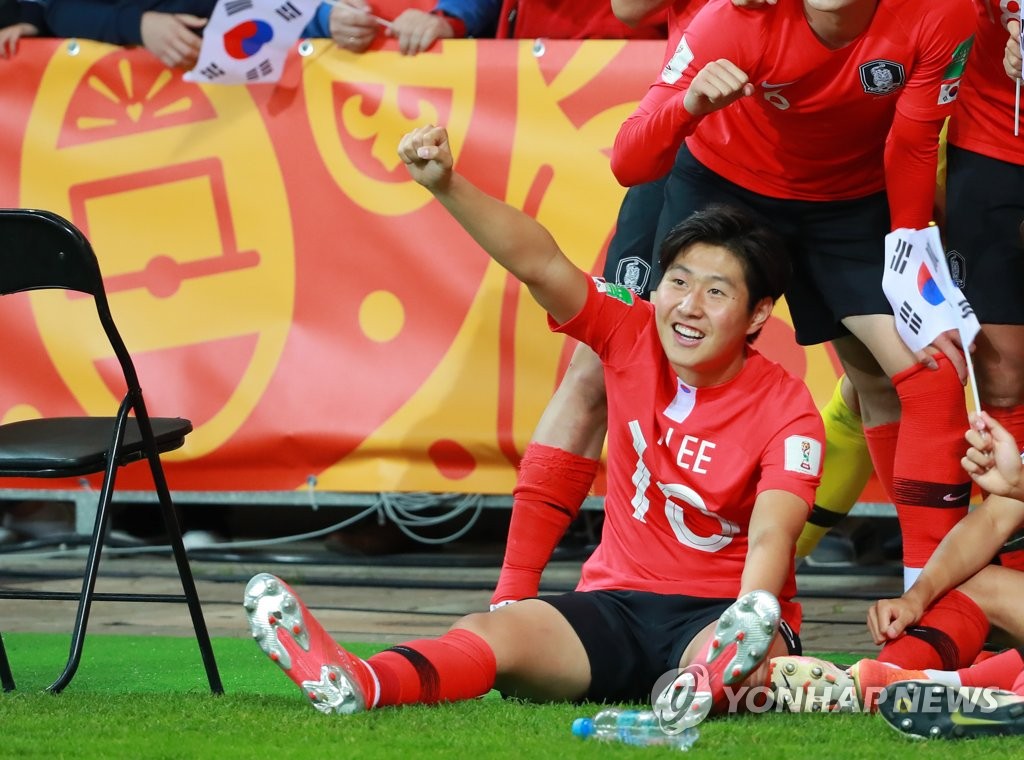