SEOUL, June 9 (Yonhap) -- The number of subscribers to the 5G mobile network service in South Korea is estimated to top the 1 million mark this week, driven by strong demand for the latest gadgets and aggressive promotions, industry sources said Sunday.

South Korea was the first country in the world to launch full-fledged 5G commercial services on April 5. The number of subscribers to the service stood at some 800,000 as of Wednesday, and is believed to have topped 900,000 over the weekend, the sources said.

The new communication system provides super fast connection speeds, low latency and the ability to connect many more devices without the network being bogged down.

But consumers' complaints are still running high over the coverage and the speed of the next generation wireless communication system.

Some of the complaints were widely expected in the initial stage as the operators are still building 5G base stations and upgrading software to fix technical flaws and improve network efficiency.

Despite an increase in cell stations, 5G coverage in the country is restricted to urban areas and places where there is a large number of people. 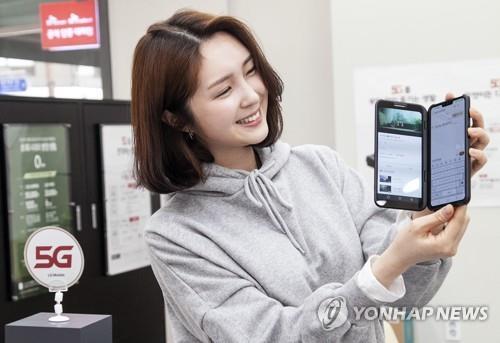