SEOUL, June 9 (Yonhap) -- Exports of chips to India surged by almost 50 percent in the first four months of the year, driven by strong demand for smartphones in one of the fast-growing markets around the globe, industry data showed Sunday.

According to the data compiled by the Korea International Trade Association (KITA), the country's chip exports to India stood at US$490 million in the January-April period, up 48.5 percent from $330 million a year earlier.

The performance is in stark contrast to a sharp dip of 20 percent in the country's chip exports in total at $31.62 billion, the data showed.

In May alone, chip shipments to India also jumped 38.4 percent to $110 million as well.

The sharp increase in chip exports was due to firm demand for smartphones in India where Samsung Electronics Co. and other smartphone makers are competing to grab a lion's share.

Samsung sold 5 million Galaxy A series budget smartphones within 70 days of its launch in early March in India, adding to its efforts to regain its market leadership in the Indian smartphone market, where China's Xiaomi is an archrival for Samsung.

According to market tracker Strategy Analytics, Xiaomi topped the Indian smartphone market with 30.1 percent in the first quarter of the year, trailed by Samsung with 22.7 percent.

Samsung is set to launch the M40 and A80 smartphones in India this month, and LG Electronics Inc., another South Korean smartphone maker, is also planning to roll out its W10 budget phone, according to industry sources. 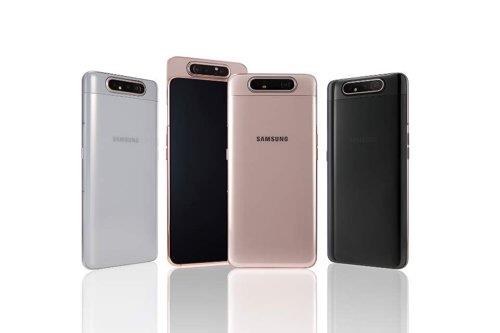 S. Korea's chip exports to India up 50 pct through April

S. Korea's chip exports to India up 50 pct through April