SEOUL, June 9 (Yonhap) -- The Cannes-winning Korean film "Parasite" has surpassed an accumulated 6.5 million admissions in South Korea and is on its way to topping the 7 million milestone, data showed Sunday.

On Saturday alone, the tragicomedy film drew 637,677 moviegoers to local movie theaters, dominating the box-office No. 1 position every day since its official release on May 30, according to the data from the Korean Film Council.

As of Saturday, accumulated admissions had reached 6.51 million, and the film is predicted to surely reach the 7 million mark in the very near future.

As of early Sunday morning, however, the film came in second after the American musical fantasy film "Aladdin" in terms of ticket reservations, with the U.S. flick accounting for 40.7 percent of all movie tickets reserved. "Parasite" represented 37.8 percent.

Despite the slowdown, "Parasite" seems to have enough room to retain its sales power in the local cinema market as many moviegoers opt for second or third viewings of the metaphor-heavy film.

Written and directed by Bong Joon-ho, the family satire starring Song Kang-ho revolves around a poor family that becomes involved in a string of mishaps after the son gets a job as a tutor for a wealthy family residing in an opulent, gaudy mansion.

The film was the winner of the Palme d'Or at this year's Cannes Film Festival, bringing home the first top Cannes prize for South Korean films. 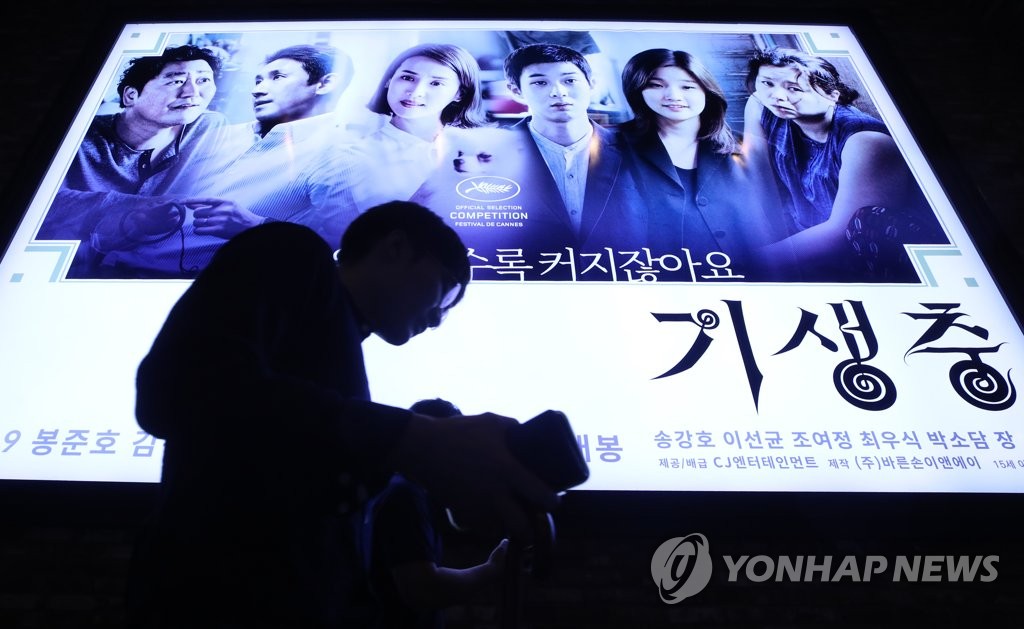