BUDAPEST/SEOUL, June 9 (Yonhap) -- A joint South Korean-Hungarian team identified a body found in the Danube River a day earlier to be a South Korean female Sunday, bringing the confirmed death toll from the tragic boat sinking in Hungary last month to 19.

The Hableany tour boat was carrying 33 Korean tourists and two Hungarian crew members when it capsized and sank in the Danube River on May 29 after being hit by a larger Swiss cruise ship from behind.

Seven South Koreans were rescued right after the accident and seven others were confirmed to be dead, with 19 missing.

On Saturday evening, a body believed to be one of the South Koreans missing was retrieved from a location that was some 22 kilometers away from the sinking site.

"The body retrieved by a police patrol ship was confirmed by a joint South Korea-Hungarian identification team to be a South Korean woman in her 20s," the government response team dealing with the deadly accident told reporters.

This brings the number of identified bodies from the sinking to 19, leaving seven others still missing. 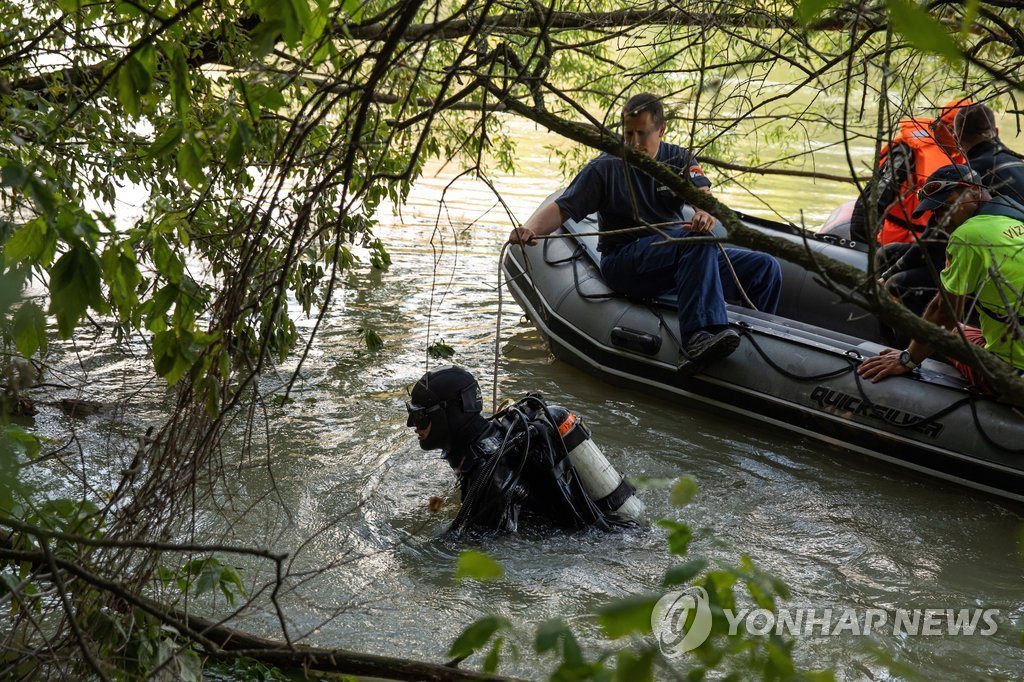