SEOUL, June 9 (Yonhap) -- SK Engineering & Construction Co., a major builder in South Korea, said Sunday a consortium that it's part of has been named the preferred bidder for a 1 billion-pound (US$1.2 billion) project to build a tunnel across the main river in London.

The multinational consortium RiverLinx, comprised of SK E&C and other companies from Australia, Spain, Britain and the Netherlands, won the project issued by the state-run Transport for London to build the Silvertown Tunnel that will cross the Thames River in east London.

The 1.4-kilometer tunnel will link the Silvertown and Greenwich regions. It is set to be open in 2025.

SK E&C said this is the first time that a local builder won a public–private partnership (PPP) project in Western Europe.

The Korean builder has a 10 percent stake in the project. 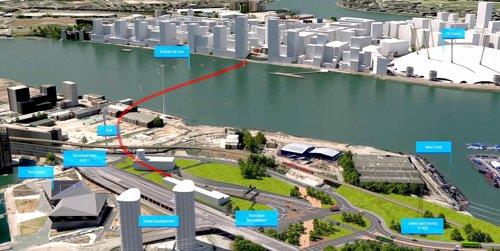