PARIS, June 9 (Yonhap) -- Tens of thousands of fans traveled from all over Europe to Saint Denis, just north of Paris, where the K-pop boy band BTS performed for the second night on Saturday.

Following the band's concerts at Wembley Stadium last weekend, the septet came to rock France on Friday and Saturday, their last stop in Europe under the ongoing "Love Yourself: Speak Yourself" world tour.

Hours ahead of the Saturday concert at Stade de France, which accommodates up to 80,000 spectators, excited fans from Germany, Spain, Italy, Russia, as well as France, gathered together, singing and dancing BTS songs at the concert venue, turning it into an outdoor festival for BTS fans, known as ARMY.

A 17-year-old Swiss fan who identified herself as Emma got up early in the morning to travel to Stade de France from her hometown Lausanne.

Clutching in one hand a self-painted banner reading "BTS SAVED MY WORLD and an Army Bomb light on the other, she said "BTS is different from other bands. They have special messages."

Emma's lack of knowledge of the Korean language doesn't pose any problem in her enjoyment of BTS' Korean songs, she said. 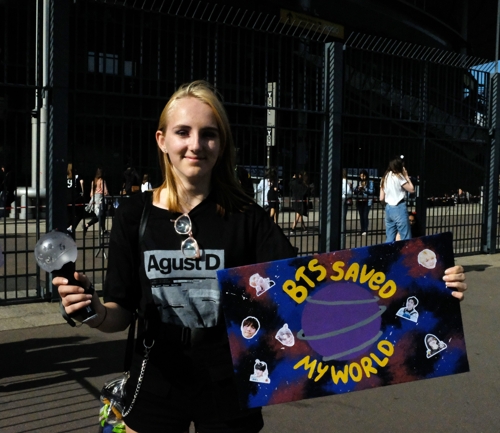 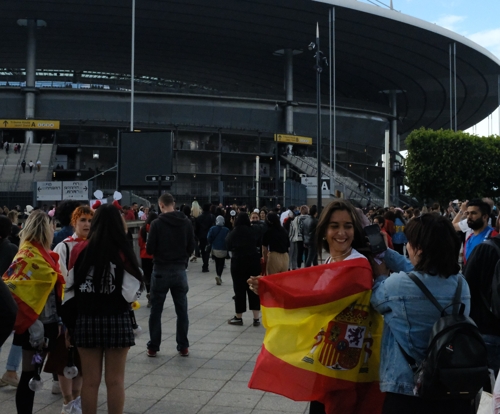 Excited teenage fans gathered in groups to dance to hit numbers, played on mobile speakers linked to their smartphones.

The landmark concert also brought an army of heavily armed police officers and police forces on horseback to maintain order around the national stadium, a site of a deadly terrorist bombing attack in 2015.

Paris' transportation authorities also joined the festive mood, posting a Twitter message in Korean on one of its accounts.

"Subway Line 9 is operating smoothly. Have a good day everyone!," RATP, the state subway operator, said in the Twitter message posted on Friday on the account of Line 9, with a video clip showing a subway official giving a thumb up with a big smile.

Wrapping up the French concerts, the band is moving to their next stop in Osaka, Japan, where the band will perform for two days from July 6-7. 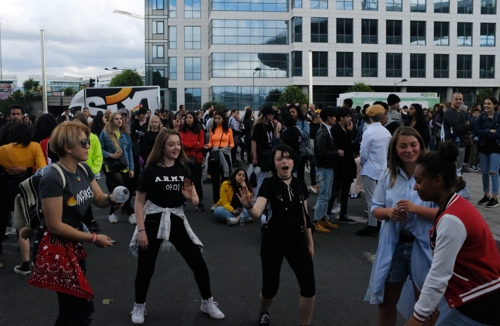 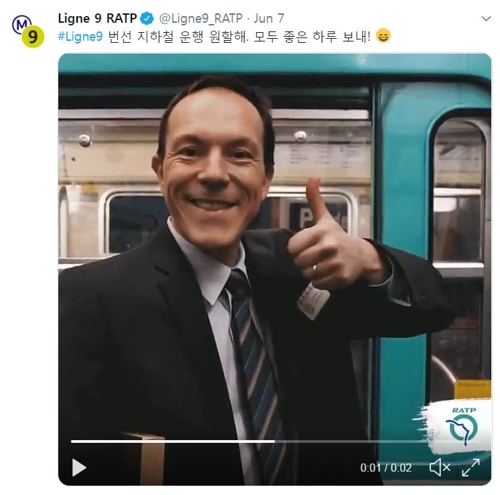 BTS concert north of Paris draws fans from all over Europe

BTS concert north of Paris draws fans from all over Europe