Lee Hee-ho, 97, who was the first lady during Kim's five-year tenure until 2003, is currently unconscious at Severance Hospital in Shinchon, western Seoul, they said.

The former first lady has been suffering various diseases, including liver cancer, they added.

Lee's late husband, who died in 2009, was the architect of the "sunshine" policy that actively pushed for inter-Korean exchanges and reconciliation.

Kim held the first inter-Korean summit with then-North Korean leader Kim Jong-il in 2000. At that time, Lee accompanied her husband to Pyongyang. In 2015, she also visited North Korea as part of inter-Korean dialogue and cooperation. 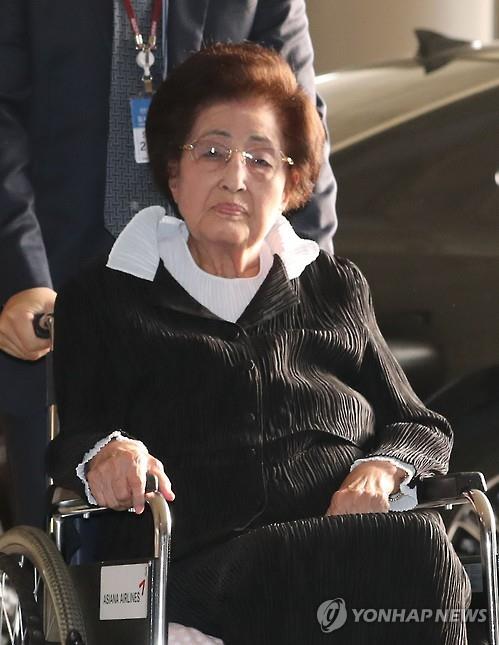