"I am convinced that today's summit has become a landmark event that elevated friendly and cooperative ties between Finland and South Korea to a higher level," President Moon Jae-in said at a joint press conference with his Finnish counterpart, Sauli Niinisto, following their talks. 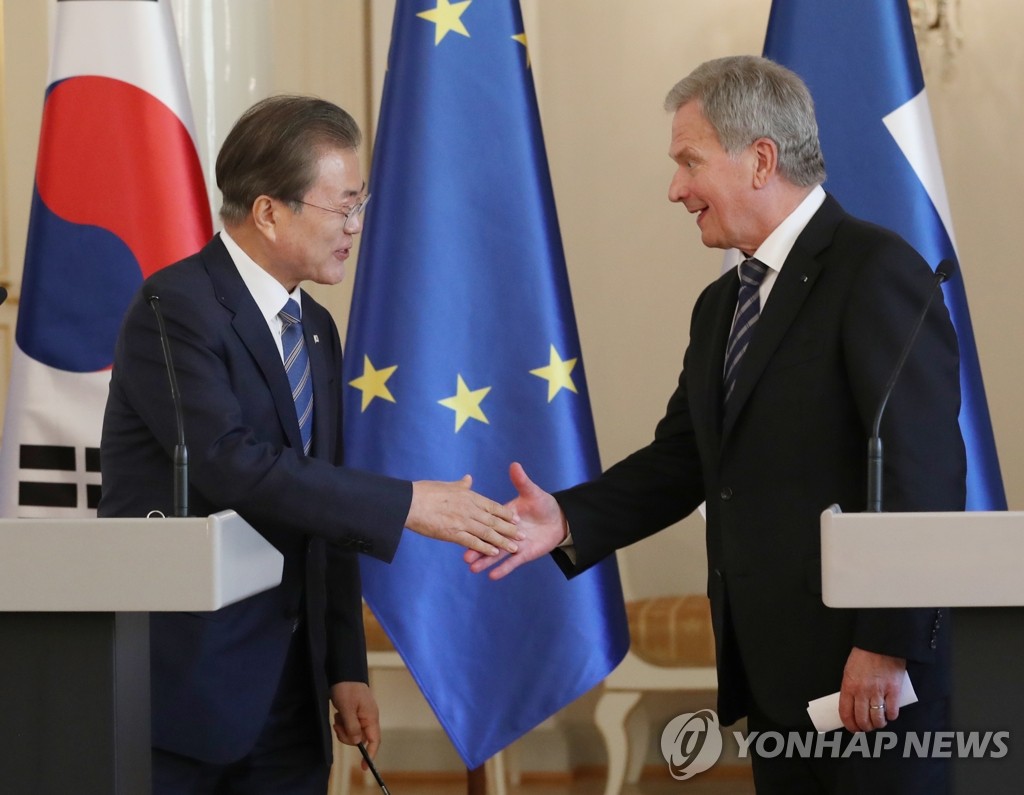 Moon is the first South Korean president to pay a state visit to Finland in 13 years.

He won a firm commitment from the Nordic country to keep providing full support for the Korea peace process.

Finland is ready to do everything that South Korea needs for peace on the peninsula, he added. Finland is to assume the six-month rotating presidency of the European Union on July 1.

The leaders also agreed to deepen partnerships on fostering new industries through the innovative development of startups and other competitive small and medium-sized enterprises.

Finland, once called the country of Nokia, has emerged as a mecca for tech-savvy startups.

On his three-day trip to Helsinki from Sunday, Moon is being accompanied by dozens of CEOs and other representatives from South Korea's major startups. They are joining a "startup" summit with similar Finnish firms.

"I hope South Korea and Finland will become cooperative partners for co-prosperity to cope together with the fourth industrial revolution era," Moon said.

To that end, Moon and Niinisto agreed to explore additional ways to promote people-to-people exchanges, with a working holiday program considered. 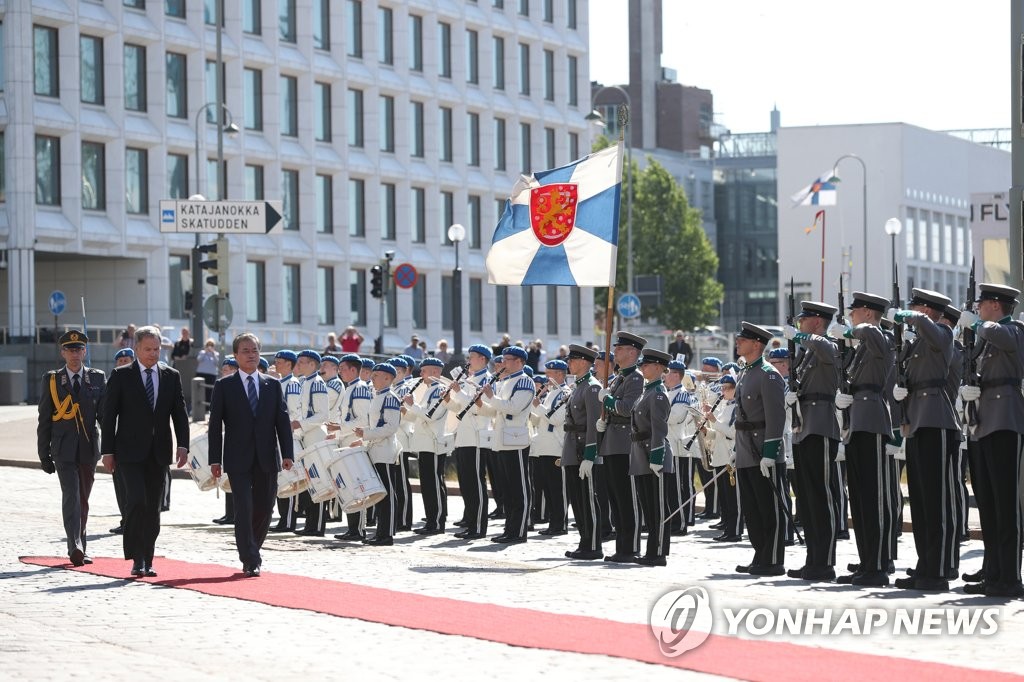 They have already struck a deal to open a new airline route between Helsinki and Busan, a southern port city in South Korea.

Under the accord, Finnair, the flag carrier of Finland, will operate an airline service three times a week between the two cities starting in 2020, which would add to the airliner's direct flights between Incheon and Helsinki.

In the presence of the presidents, the relevant ministers of the two sides signed a memorandum of understanding (MOU) on aviation and three other MOUs intended to strengthen cooperation on energy, gender equality, startups and small and medium-sized enterprises.