SEOUL, June 10 (Yonhap) -- The remains of a Canadian veteran of the 1950-53 Korean War will arrive in South Korea this week for burial, the veterans affairs ministry said Monday.

The remains of the late Albert Hugh McBride are scheduled to arrive at Incheon International Airport, west of Seoul, on Tuesday before being buried at the UN Memorial Cemetery in the southern port city of Busan the following day, according to the Ministry of Patriots and Veterans Affairs.

McBride fought in the Korean War from November 1951 until January 1953 as a member of Lord Strathcona's Horse, a regular armored regiment of the Canadian army. After leaving the army in 1953, he then joined the air force and served for 22 years. He passed away in 2017 at age 85.

His burial on South Korean soil comes at the request of his wife, the ministry said, adding that it will be the ninth time that a Korean War veteran from overseas has returned here posthumously for burial.

About 2,300 war veterans from 11 countries are buried at the Busan cemetery, including those from Australia, Canada, Britain and Turkey.

During the three-year war, 21 countries sent around 1.96 million soldiers and medics here. Of them, more than 40,000 were killed in action and nearly 10,000 are still missing, according to Seoul government data. 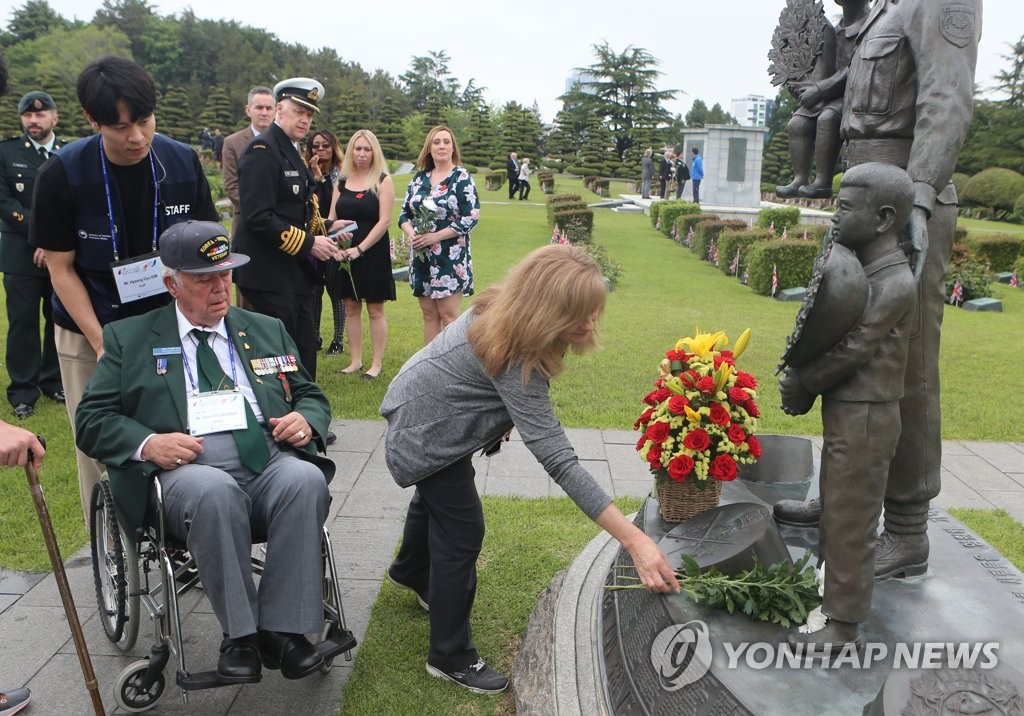 Canadian veteran of Korean War to be laid to rest in S. Korea

Canadian veteran of Korean War to be laid to rest in S. Korea