Hong Nam-ki, the minister of the economy and finance, made the request during his meeting with U.S. Treasury Secretary Steven Mnuchin on Sunday on the sidelines of an annual meeting of the Group of 20 finance ministers in Japan. 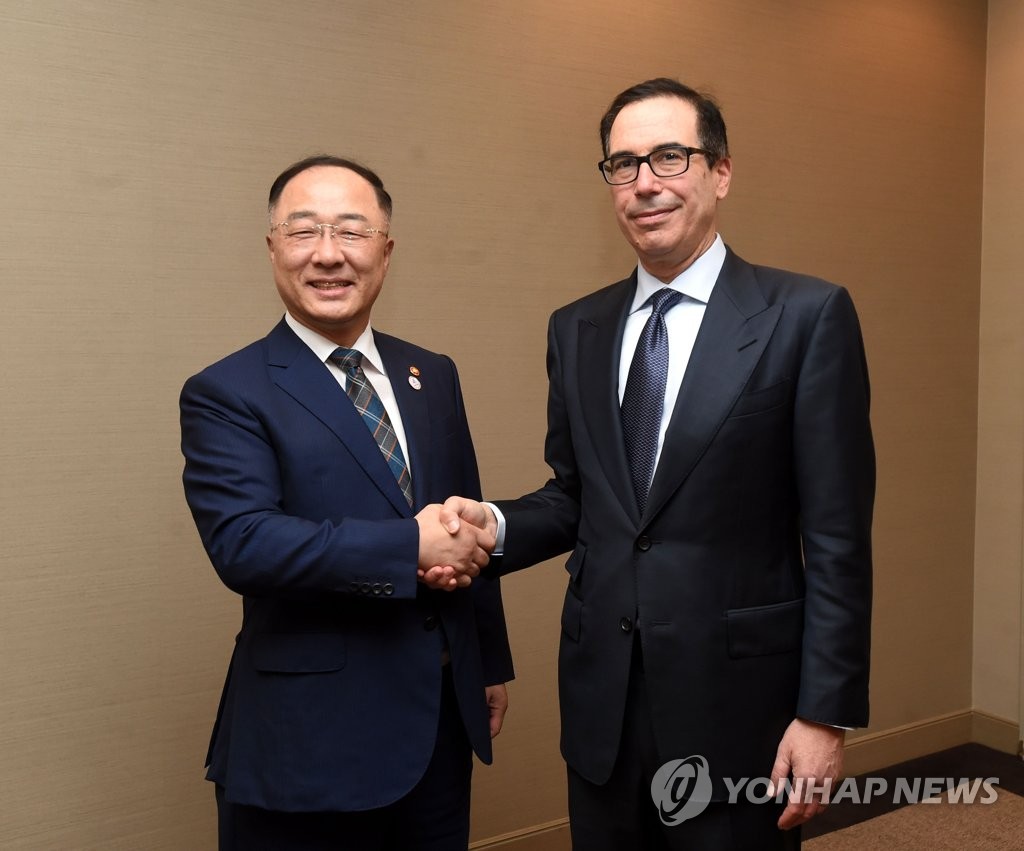 Mnuchin said he hopes the issue can be resolved smoothly through close consultations between South Korea and the United States, the Ministry of Economy and Finance said, without elaborating.

Last month, the U.S. ended its sanctions waivers for South Korea, China, India and five other countries for Iranian oil imports, prompting Seoul to diversify its sources of oil imports.

Smaller South Korean exporters also face difficulties as they have stopped their exports to Iran due to the U.S. sanctions on Iran, the ministry said.

The ministry declined to say how many South Korean companies are affected by the U.S. sanctions.