Hyundai Motor's investment centers on embedding the Israel firm's advanced technologies in its next-generation vehicles, the company said in a statement. But it didn't provide details about the value of the deal.

MDGo, Israel's national EMS service and tech startup, has developed a new technology that automatically notifies dispatchers of car accidents and calls for an ambulance. The vehicle with the technology automatically also reports the exact location as well as the specifics of driver and passenger injuries.

Using a sophisticated algorithm, MDGo's system determines the nature of an accident. It analyzes the speed and severity of the impact, the type of collision, the extent of driver and passenger injuries expected and whether the vehicle is rolled or not, the statement said. 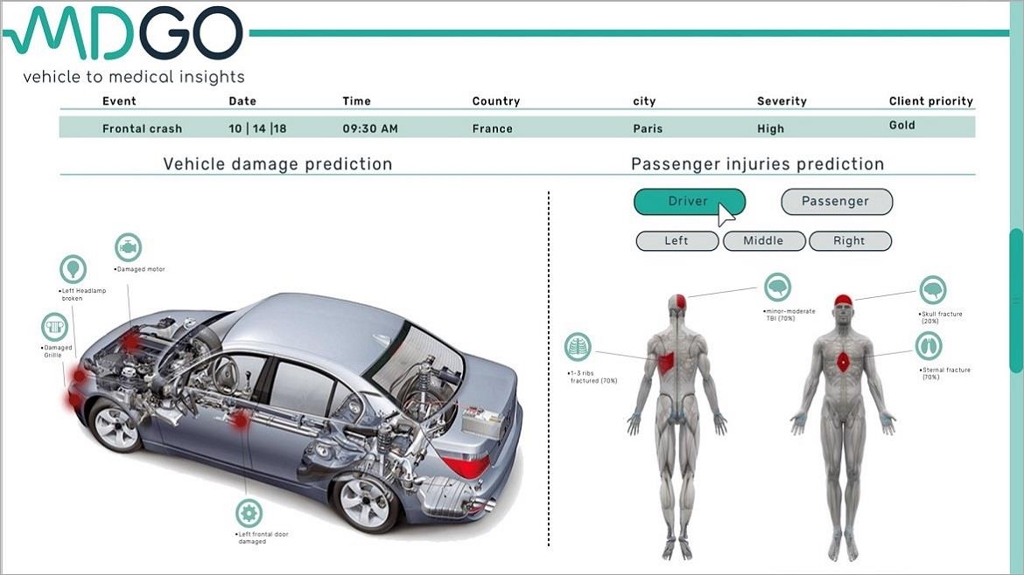