Lee Hee-ho, 96, the wife of former late President Kim Dae-jung, who devised the "sunshine policy" of engaging North Korea, has been under treatment at Severance Hospital as she is battling liver cancer.

On his social media, the prime minister wished for her good health, calling her a "great female leader and President Kim Dae-jung's life partner and companion."

According to her aides, Lee has been at the hospital since March. Her condition sharply worsened Saturday, but it has somewhat stabilized.

The Nobel Peace Prize winner Kim was the architect of the "sunshine policy" aimed at engaging North Korea via vibrant inter-Korean exchanges and reconciliation.

Kim held the first historic summit with then North Korean leader Kim Jong-il in Pyongyang in 2000. At that time, Lee accompanied her husband to Pyongyang.

Since the weekend, politicians affiliated with the ex-president have visited the hospital due to her poor condition. National Assembly Speaker Moon Hee-sang may visit her later in the day.

The Kim Dae Jung Foundation, an agency in honor of the former president, said it will cancel a ceremony set for Wednesday to mark the 19th anniversary of the June 15 inter-Korean summit.

It did not elaborate on the reason for the cancellation, but it appears to have taken Lee's health into account.

In April, Kim Hong-il, an ex-lawmaker and the eldest son of former President Kim, died at 71.

Lee was not informed of his death at that time as her aides were worried about her health. 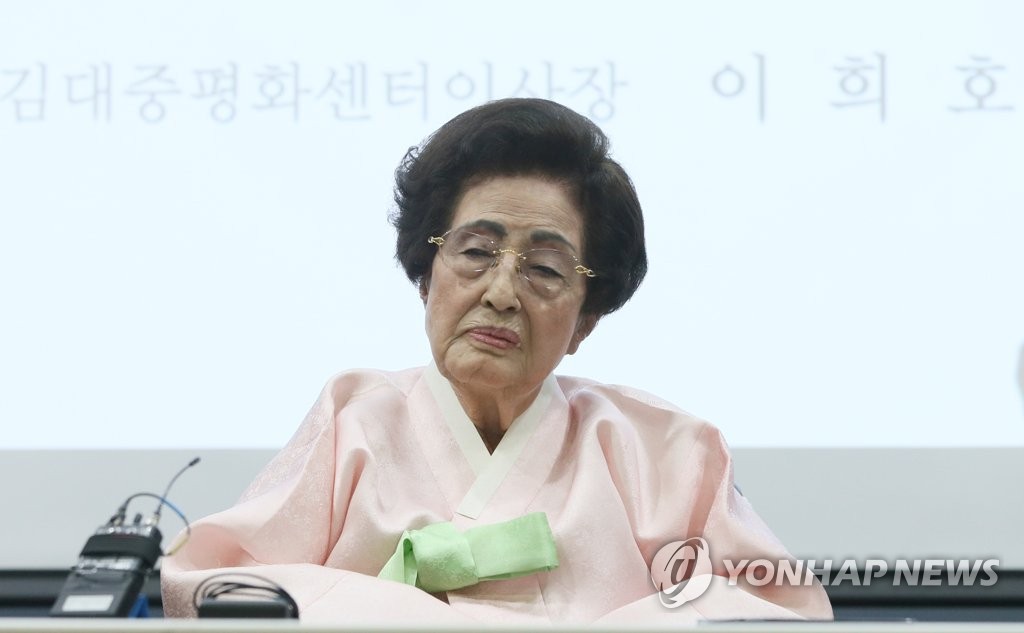