SEOUL, June 10 (Yonhap) -- The lead actor in Marvel's upcoming superhero film, "Spider-Man: Far From Home," will visit South Korea later this month to promote the movie ahead of its release in the country, the film's distributor said Monday.

Tom Holland, who plays Spider Man in the flick, will be in Seoul on June 30-July 1, according to Sony Pictures.

It is Holland's third trip to South Korea, following visits in 2017 and 2018 as part of Marvel's global promotional tours for "Spider-Man: Homecoming" and "Avengers" Infinity War," respectively.

"Spider-Man: Far From Home," the next chapter of its previous "Spider-Man: Homecoming," is about the young hero's adventurous journey to Europe.

The film is set to be released in South Korean and North American theaters on July 2. 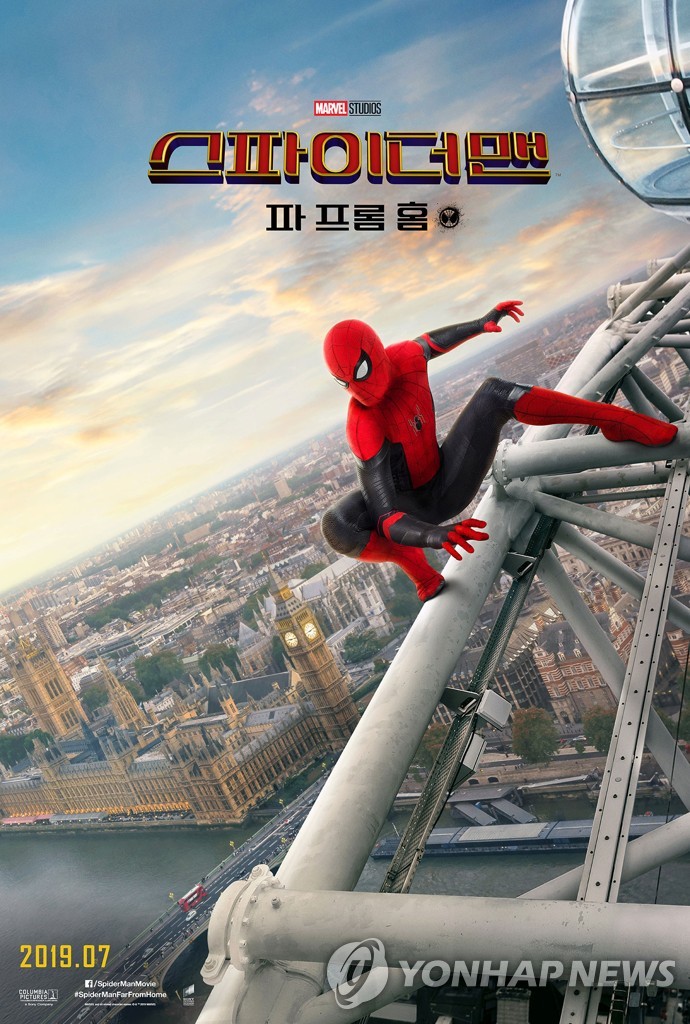 Keywords
#Spider-Man: Far From Home
Issue Keywords
Most Liked
Most Saved
Most Viewed All Categories
Most Viewed More
Most Viewed Photos