SEOUL, June 10 (Yonhap) -- The Navy received a retrofitted submarine from a local shipbuilder on Monday after two years of upgrading with a state-of-the art combat management system and other equipment, the arms procurement agency said.

Daewoo Shipbuilding & Marine Engineering Co. has upgraded the Chang Bogo-I class, Type 209 attack submarine, named Na Dae Yong, since June 2017 to equip it with an improved combat management system and a towed-array sonar, among other things, according to the Defense Acquisition Program Administration (DAPA).

"Its testing and evaluation showed that the new version bears the key target-detecting and combat functions required to carry out underwater warfare in a more effective manner," DAPA official Choi Hoe-gyeong said, adding that the employment of indigenous technologies in making the combat system will further boost the military's readiness posture.

The ceremony to deliver it to the Navy was held in the manufacturer's shipyard on the southern island of Geoje on Monday. 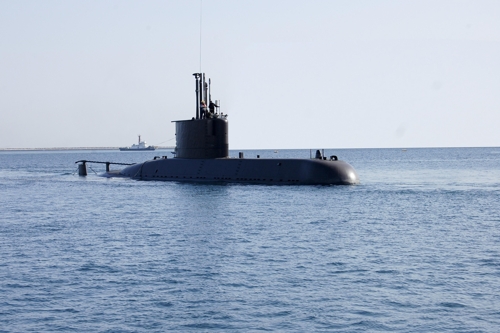