SEOUL, June 10 (Yonhap) -- A South Korean research institute said Monday it has developed a new type of thermal management system with twice the cooling properties of existing devices, which can reduce the frequency of various electronic appliances malfunctioning.

The new system uses Direction-Free Thermal Ground Plane (TGP) instead of the conventional heat pipes and vapor chamber arrangement, to keep heat down, according to Lee Jung-ho, a senior researcher at the Korea Institute of Machinery and Materials (KIMM) who led the development project.

The TPG's surface, which comes into contact with heat, is made of a special microporous coating that has been tested to dissipate heat very effectively, which helps keep the electronic components at manageable temperatures that is critical for optimal operations, he said.

Heat created in electronic devices accounts for 54 percent of malfunctions, with semiconductors in particular, which are used in almost all modern devices, failing to work properly if temperatures exceed 70 C.

High temperatures are also the main cause of shorter operational lives of many appliances and can even cause fires in large energy storage system batteries.

"Prototypes already have been tested, with many local and global companies expressing interest," Lee said, without going into detail.

The system, priced at about the same level as existing pipes and vapor chambers, could go into production within the year, he claimed. 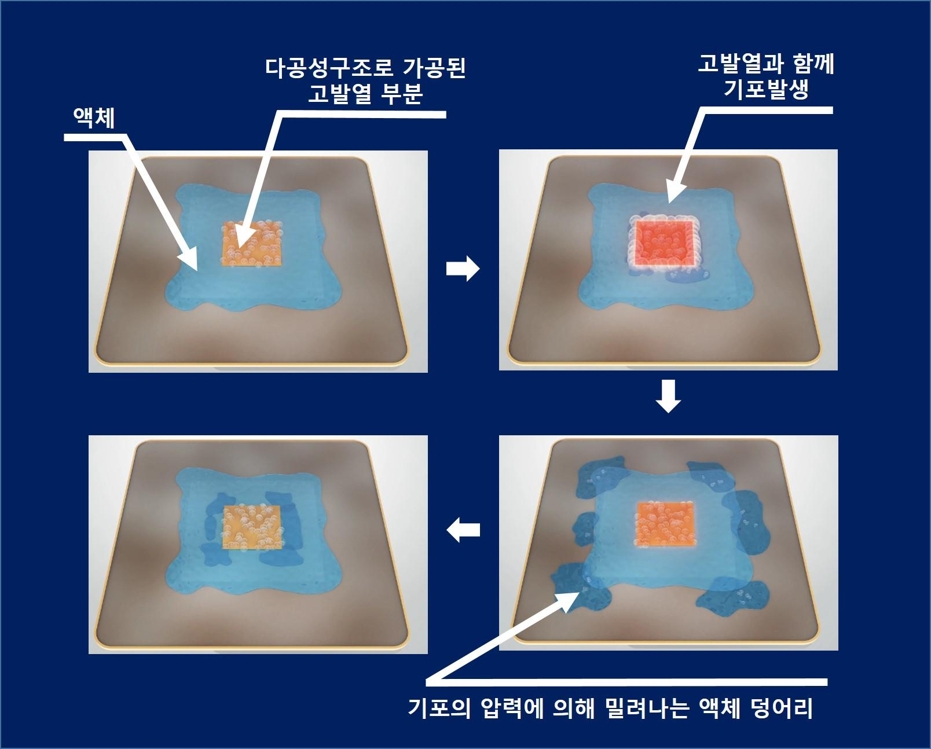