SEOUL, June 10 (Yonhap) -- The annual Seoul International Book Fair (SIBF) will raise its curtains next week to guide book lovers through the latest news and trends in the publishing industry at home and abroad under the theme "Arrival," its organizers said Monday.

The 25th SIBF, set to run from June 19-23 at the Convention and Exhibition Center in southern Seoul, will walk participants through such major subjects facing the publication industry as the future of printed books and the real world outside of the frame of books.

The annual festival is hosted by the Korean Publishers Association under the sponsorship of the Ministry of Culture, Sports and Tourism.

This year's event will bring together 313 local publishing houses and 118 others from 40 foreign countries, including this year's guest country of honor, Hungary, as well as the United States, Britain, France, Japan and China.

The winner of the 2016 Man Booker International Prize, novelist and poet Han Kang, will pose as the event's honorary ambassador, along with biracial Korean model Han Hyun-min and Kim Hyeong-seok, a writer and philosopher, who turned 100 (Korean age) this year.

Writer Han Kang will also give a special lecture titled "Things That Appear Fresh Forever" on the first day of the book festival on June 19 as part of its special lecture series.

High-profile actor Jung Woo-sung, who has represented the Seoul office of the U.N. Refugee Agency for years as a goodwill ambassador, will delve into the global issue of growing refugee populations in his lecture the next day as his first book, dealing with his experiences as the ambassador, is set to hit store shelves.

The book by Jung is one of the 10 new publication titles that will be unveiled during the festival ahead of their official release, under the "Summer, First Book" event. They also include rising star novelist Chang Kang-myoung's new book, whose translated title is "Extremely Private Super Power."

Marking the 30th anniversary of its diplomatic ties with South Korea this year, Hungary will put on a special event, presenting to the South Korean public a collection of Hungarian titles translated into Korean, as well as writers and publication experts who best represent the country's publishing sector and culture.

Hungary will also put on a series of cultural events featuring the country's famous desserts and movies.

On June 21, the International Publishers Association will hold a ceremony at Seoul's Changdeok Palace to award the IPA Prix Voltaire, the association's prize given to acclaimed publishers or publishing houses.

This year's festival has a special program for young readers and writer wannabes, with its "Challenge! Publication Project for Adolescent Writers" designed to pick 100 teenage and young writers, and print their works in a book.

"The culture ministry expects to spread the culture of reading books through the participatory book culture festival, where publishing houses, writers and readers can connect to one another," a ministry official said. "It also hopes to help nurture a healthy publication ecosystem." 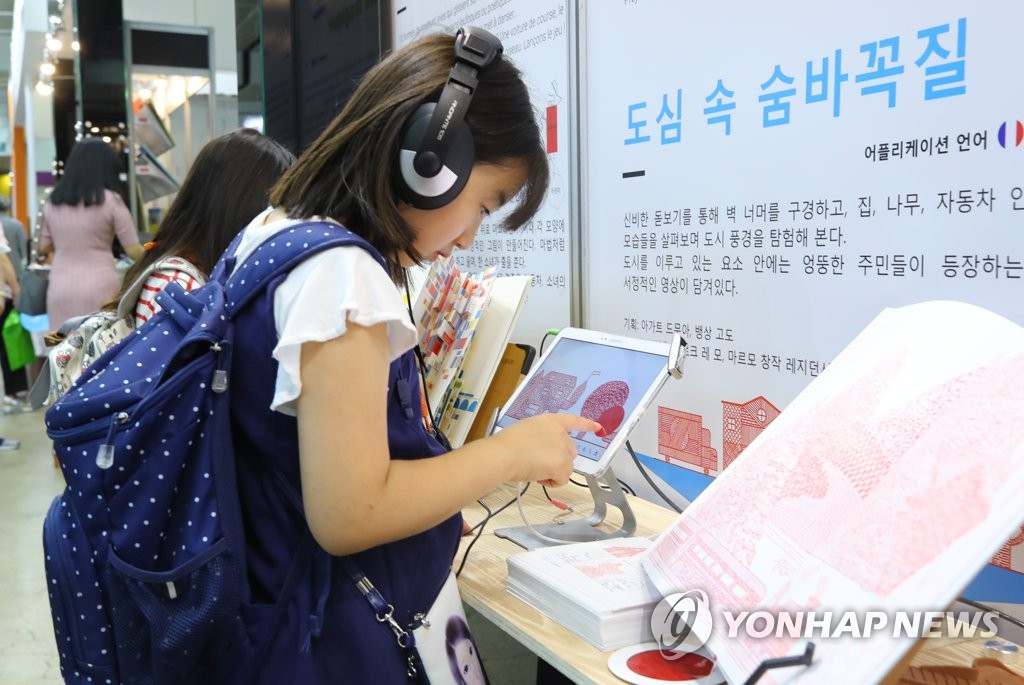 Annual book fair to open for 5-day run in Seoul

Annual book fair to open for 5-day run in Seoul