Retail sales rose 1.4 percent on-year in April, down from the average of 1.7 percent in the first quarter of this year.

South Korea's exports fell 9.4 percent in May from a year earlier, extending their on-year decline for the sixth consecutive month.

Adding to the signs of decline, imports of semiconductor manufacturing equipment fell 62.5 percent in April, compared with a 44.3-percent decline in March, according to the KDI.

The South Korean economy, Asia's fourth-largest, unexpectedly contracted 0.4 percent in the January-March period, the worst performance in a decade, hit by a sharper-than-expected drop in exports and business spending.

The Bank of Korea slashed its economic growth projection for the year to 2.5 percent from 2.6 percent in April, and is tilted toward further trimming its projection, possibly next month.

The finance ministry may face a tough call regarding the downward revision of its own growth estimate, currently set at between 2.5 percent and 2.6 percent. The ministry is widely expected to cut its growth projection next month when it rolls out a set of economic policies for the second half of the year. 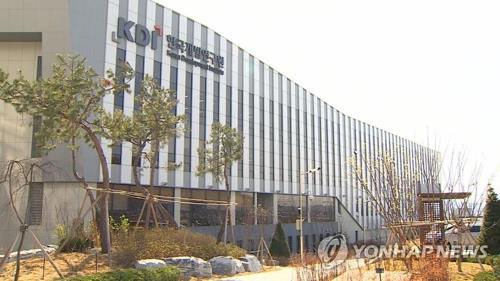 Economy suffering due to weak domestic and global demand: KDI

Economy suffering due to weak domestic and global demand: KDI