BUDAPEST/SEOUL, June 10 (Yonhap) -- Hungarian authorities were set to tie the fourth and last wire rope around the hull of a sunken tour boat Monday, in their final preparations to lift it to search for the missing in last month's disaster that left 26 South Koreans dead or unaccounted for.

Hungary's Counter-Terrorism Center will finish binding the wire ropes around the boat, the Hableany, as a floating crane has been on standby for the salvage operation near Margaret Bridge in the Danube River in Budapest, the scene of the May 29 accident.

Should the rope work proceed without a hitch, the salvage operation could begin as early as Monday. Hungarian media predicted that the operation, expected to take around four hours, could start Tuesday.

Along with the salvage efforts, South Korean and Hungarian authorities have continued their joint search along the river with divers, helicopters, drones and search dogs. The previous day, they searched areas up to 50 kilometers downstream from the site of the sinking.

The tour boat was carrying 33 Korean tourists and two Hungarian crew members when it capsized and sank after colliding with a larger Swiss cruise ship. The sinking left 19 Koreans dead and seven others unaccounted for. The Hungarian captain is still missing.

Since the sinking, Seoul sent to the scene dozens of officials from the foreign ministry, Navy, fire service and other agencies to handle one of the worst overseas disasters involving South Korean nationals. 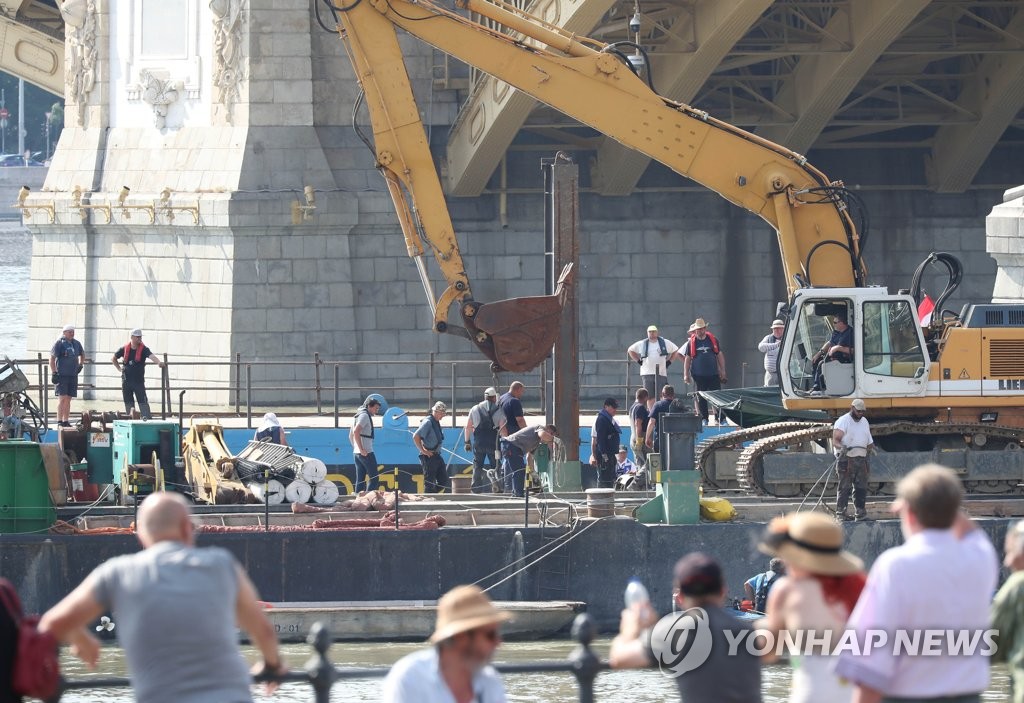