SEOUL, June 10 (Yonhap) -- A rainbow flag symbolizing sexual minorities has been taken down from the U.S. Embassy building in Seoul amid a news report that the State Department has adopted a new policy to reject all requests to raise such flags.

The eight-by-four-meter flag was hoisted on the front wall of the U.S. mission in Gwanghwamun, central Seoul, on May 18. It was taken down on Sunday, according to the embassy.

The embassy had said it hung up the gay pride flag -- a larger one than those hung in previous years -- in support of the 20th anniversary of the Seoul Queer Culture Festival that ran until Sunday.

The removal came after a Washington Post article about some overseas U.S. missions still flying the banner in apparent defiance of the State Department's policy to disallow it.

Citing unnamed diplomatic sources, the June 8 piece reported the State Department changed its guideline last year for hanging of the rainbow flag and began to require embassies to seek "top-level approval" if they want to hang it. Previously it was left to the ambassador's discretion.

"The U.S. Embassy hung up the pride banner on the Chancery to show our support for LGBTI rights and human rights," an embassy spokesperson said, referring to the acronym of lesbian, gay, bisexual, transgender and intersex.

"We chose to hang a larger banner this year to commemorate the 20th anniversary of the Seoul Queer Culture Festival. We removed the banner at the conclusion of the festival on June 9th," the spokesperson said without elaborating. 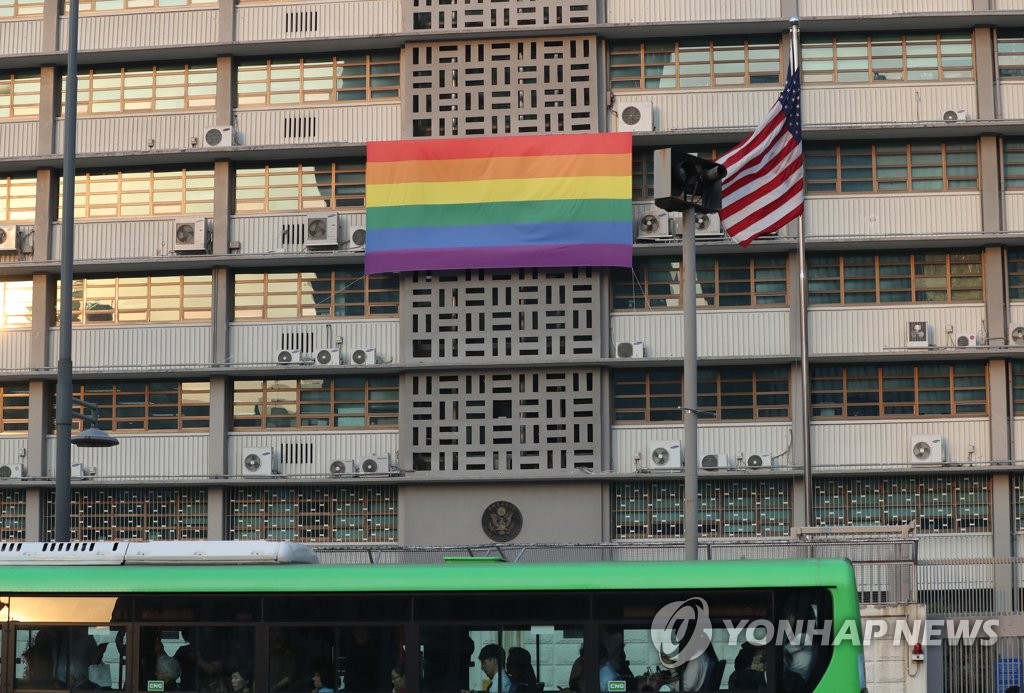