SEOUL, June 10 (Yonhap) -- An extended strike at Renault Samsung Motors Corp. is driving up the carmaker's production losses, with no signs of an imminent breakthrough in talks between the company and its union over wages and working conditions.

Some 1,800 assembly line workers entered a "full-scale" strike at Renault Samsung's only plant in Busan on Friday, demanding the company come up with a revised wage deal before they begin renegotiations.

The company and the union signed a tentative wage and collective agreement deal last month but union workers voted against it.

On Friday, Renault Samsung's Busan plant produced only 41 vehicles of its planned 900 vehicles, though the company kept the assembly lines in operation. The production volume is expected to remain at a similar level on Monday, the company said.

Renault Samsung workers staged 62 rounds of strikes from October through April 19, resulting in estimated production losses of over 14,320 vehicles.

The prolonged strike is dealing a hard blow to the carmaker which is already suffering declining sales. Its sales plunged 36 percent to 67,158 vehicles in the January-May period from 104,097 units a year earlier. 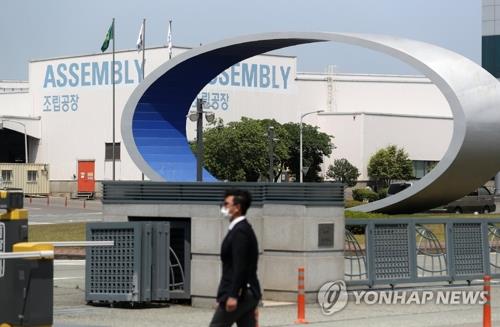 Renault Samsung and the union offered different assessment of the ongoing strike.

The company said the plant is "in operation" as a sizable number of union workers are against the union's push for strikes. "What we have to look at is a majority of the union members are not participating in the strike," a company spokesman said.

But the union said the company mobilized non-union, office and contract workers to keep the plant going.

"Early last week, the company asked the union not to take industrial action until the end of 2020 in exchange for accepting the union's additional demands. But we didn't accept the offer that forces workers to give up their rights," Renault Samsung union's vice chairman Joo Jae-joung told Yonhap News Agency by phone.

The union will continue to strike until the company changes its course and listens to its workers' demands, he said.

In the scuttled deal, Renault Samsung offered about 12 million won (US$10,000) per worker in bonuses for their contributions to the carmaker's performance in 2018 instead of raising the basic salary.