SEOUL, June 10 (Yonhap) -- The United Nations Command (UNC) is temporarily restricting civilian access to a guard post on the border with North Korea to beef up safety measures for visitors after it was designated a cultural asset for its historical importance, an official said Monday.

The facility, in the eastern border town of Goseong, was the first guard post South Korea installed after the end of the 1950-53 Korean War, and is considered a symbol of national division. Last week, the government designated it as a cultural asset.

The UNC, which oversees activities within the Demilitarized Zone (DMZ), has been restricting civilian access to the facility since last week as part of preparations to draw up safety measures for visitors, according to defense ministry spokesperson Choi Hyun-soo.

The guard post was slated to be dismantled, along with 10 other frontline guard posts, in accordance with the inter-Korean military agreement signed in September last year. In consideration of its historic significance, however, Seoul decided to keep it intact after consultations with North Korea.

The North also demolished 10 guard posts inside the DMZ, while preserving one on the same grounds. 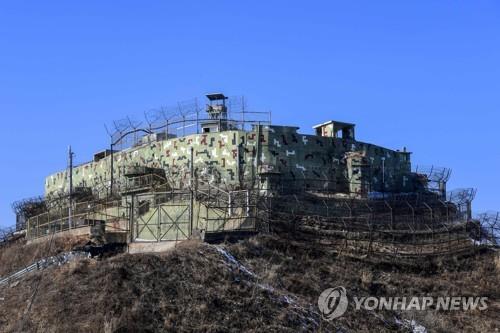