It was unclear whether the president meant informal contact with Pyongyang, as there have been no formal, announced negotiations with the communist nation in recent weeks. 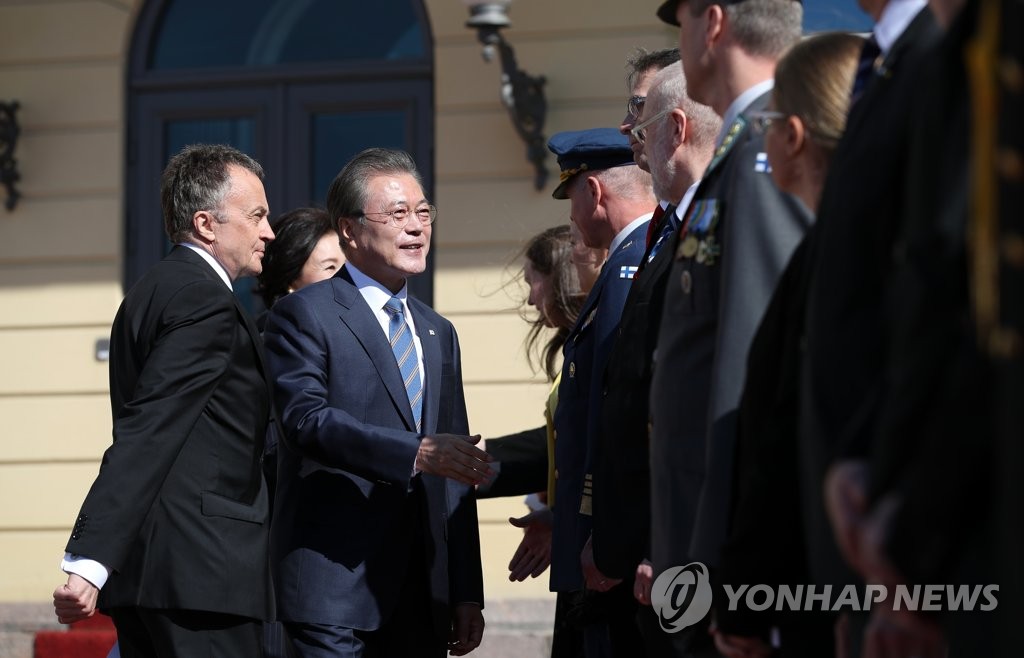 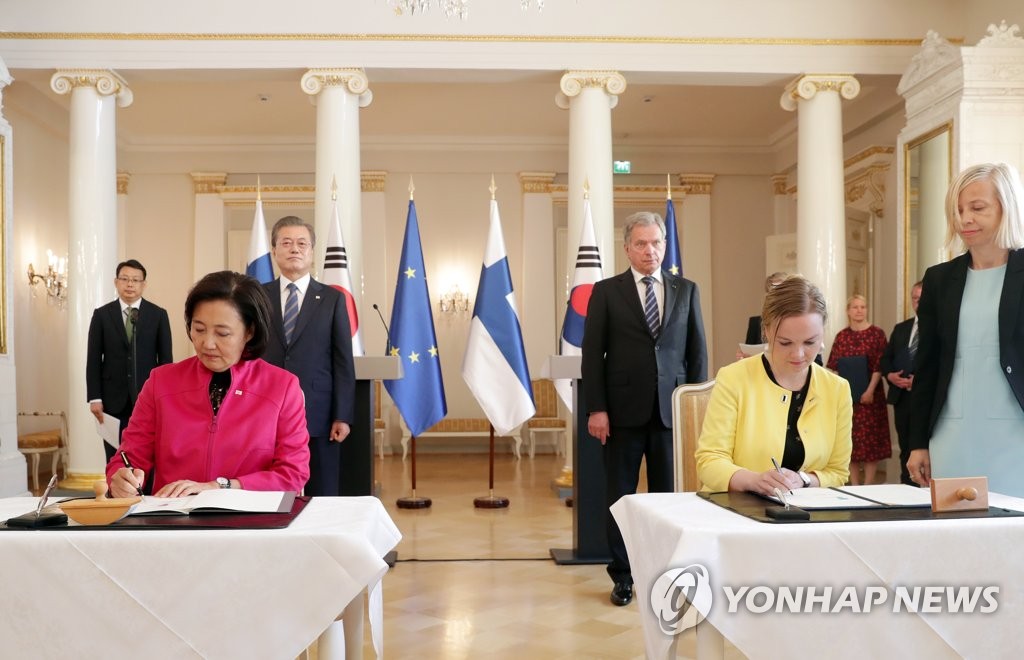 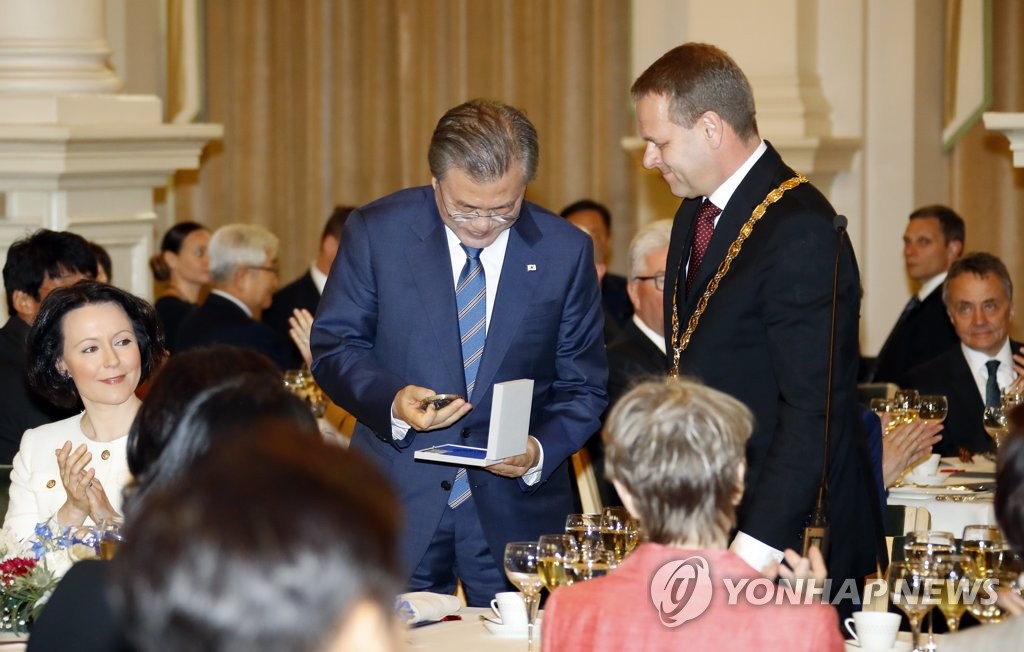 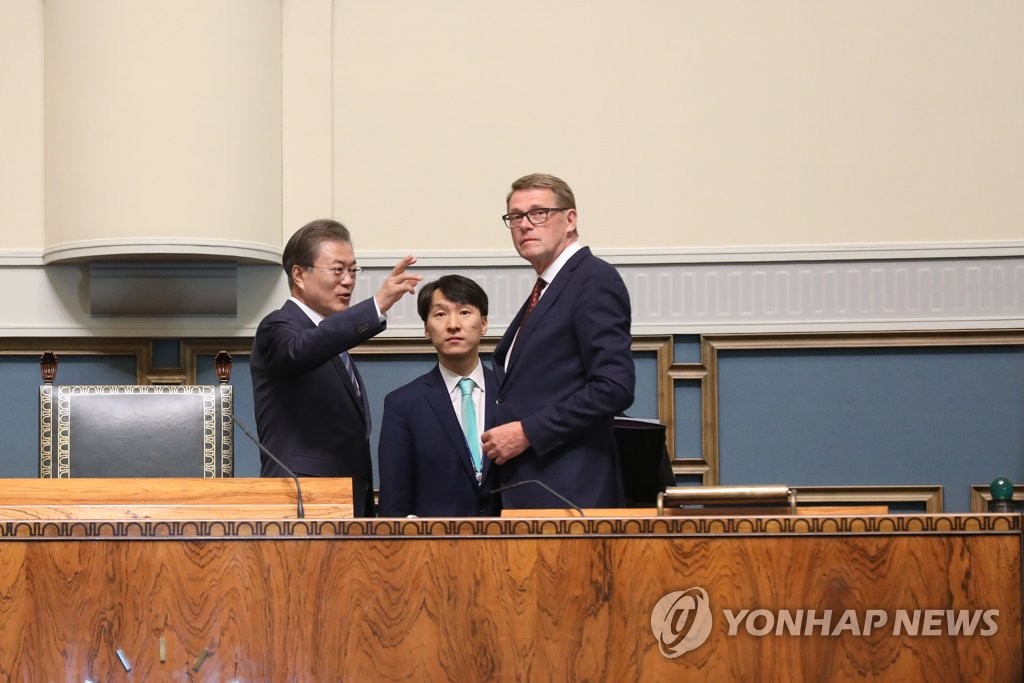 Moon told the speaker that he has been impressed by a mature democracy of Finland, as shown by bipartisan cooperation, deputy Cheong Wa Dae spokesman Han Jung-woo said.

He welcomed a plan to expand partnerships between the parliaments of the two countries and thanked Finland for keep trying to help facilitate the Korea peace process -- for instance, the organization of a Track II session of the U.S. and the two Koreas.

"The peace process to overcome 70 years of animosity will never be easy but (we) should make preparations with patience for a long time just as the Helsinki process," Moon was quoted as saying. 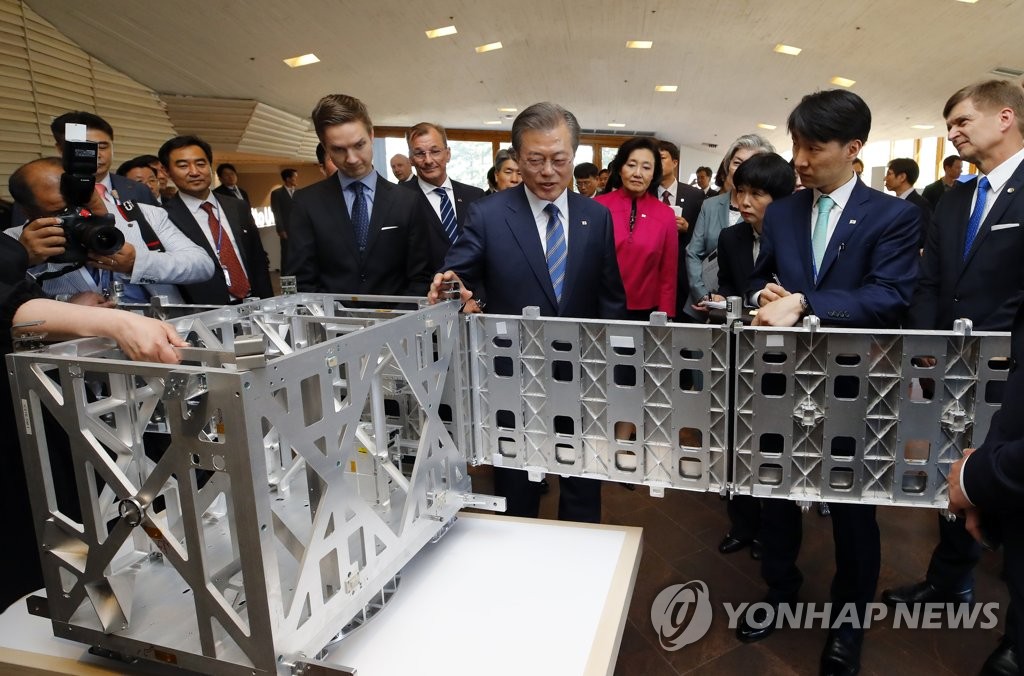 Moon then visited the campus and research area of Otaniemi, a suburb of Helsinki, which is nicknamed the Silicon Valley of Europe. It's the largest hub of high technology, innovation and business in Northern Europe.

He said that South Korea has introduced 5G communication networks for the first time in the world and that Finland is cooperating with South Korea to launch the world's first 6G service.