SEOUL, June 10 (Yonhap) -- Football referees from the two Koreas will reunite on the pitch Monday as they are set to collaborate in the group stage at the 2019 FIFA Women's World Cup.

FIFA said that North Korea's Ri Hyang-ok will serve as referee for the Group E match between Canada and Cameroon, with her compatriot Hong Kum-nyo and South Korea's Kim Kyoung-min working as assistant referees. The match will kick off 9 p.m. Monday (local time) at Stade de la Mosson in Montpellier, France.

They are three of the 12 Asian referees and assistant referees who were selected to officiate at the 2019 Women's World Cup.

This is not the first time that Ri, Hong and Kim have worked together at the Women's World Cup. The trio officiated three matches at the 2015 edition in Canada, including the third-place contest between Germany and England.

All three have abundant experience in match officiating.

Ri was a former midfielder who featured in the FIFA Women's World Cups in 1999 and 2003. The 41-year-old, who began her refereeing career in 2007, plans to retire from her job after this World Cup.

Hong, 45, is also a former North Korean player who is in her third Women's World Cup as an assistant referee. She has overseen various tournaments in the Asian Football Confederation (AFC) as well as the Women's Olympic football tournament.

Kim, 39, is in her fourth consecutive Women's World Cup. She was named the women's AFC assistant referee of the year twice. 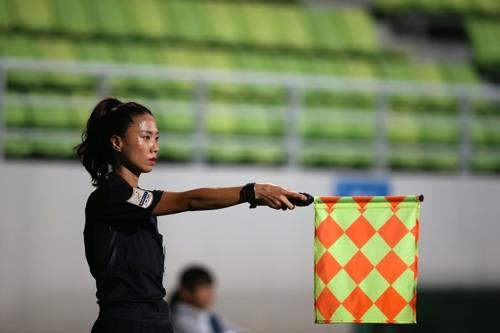