Iran and South Korea will go head-to-head at Seoul World Cup Stadium in Seoul on Tuesday. Wilmots, who took over Iran's helm last month, said Team Melli will not sit back against the Taeguk Warriors, who have yet to suffer a defeat at home under their head coach Paulo Bento.

"The best defense is a good offense," Wilmots said at a pre-match press conference. "We will try to create many chances with a high-intensity pressing game." 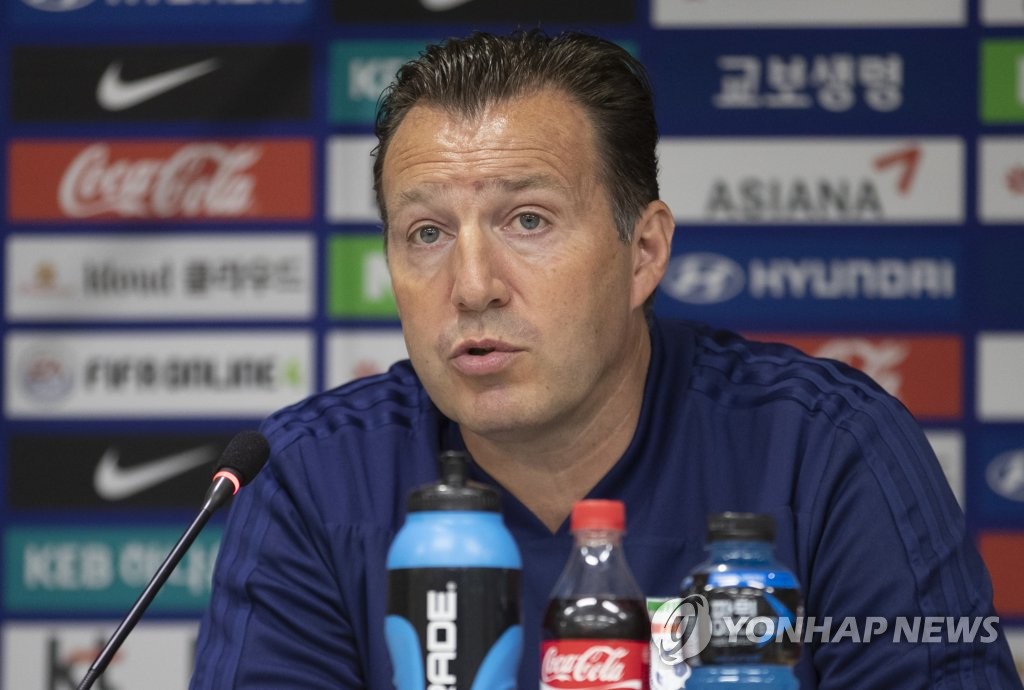 Wilmots, who is coming off a 5-0 win over Syria in his Iran coaching debut last week, is not a stranger to South Korean football.

A star attacking midfielder in the 1990s, the Belgian played against South Korea at the 1998 FIFA World Cup, where the two sides settled for a 1-1 draw. At the 2014 World Cup in Brazil, Wilmots led the Belgian national team as head coach and collected a 1-0 win over South Korea.

"South Korea is a team that's passionate and patriotic," he said. "We want to collect a good result like we did against Syria."

Wilmots said he is fully aware of South Korea's attacking ace Son Heung-min, whom he also watched at the 2014 World Cup.

"Since 2014, Son has grown a lot with experience from big tournaments like the UEFA Champions League," he said of the Tottenham Hotspur star. "Son is showing his best performance these days using his technique and experience."

Iran, ranked 21st in the latest FIFA rankings, have been one of the top nemeses to South Korea, currently No. 37 in the world. Iran have not suffered a defeat against South Korea since 2011. They collected four consecutive 1-0 wins before taking a scoreless draw in a World Cup qualifying match in August 2017.

"Iran and South Korea are rivals that motivate each other," he said. "But what I hate the most is losing. Many fans will root for South Korea tomorrow, but we'll try our best." 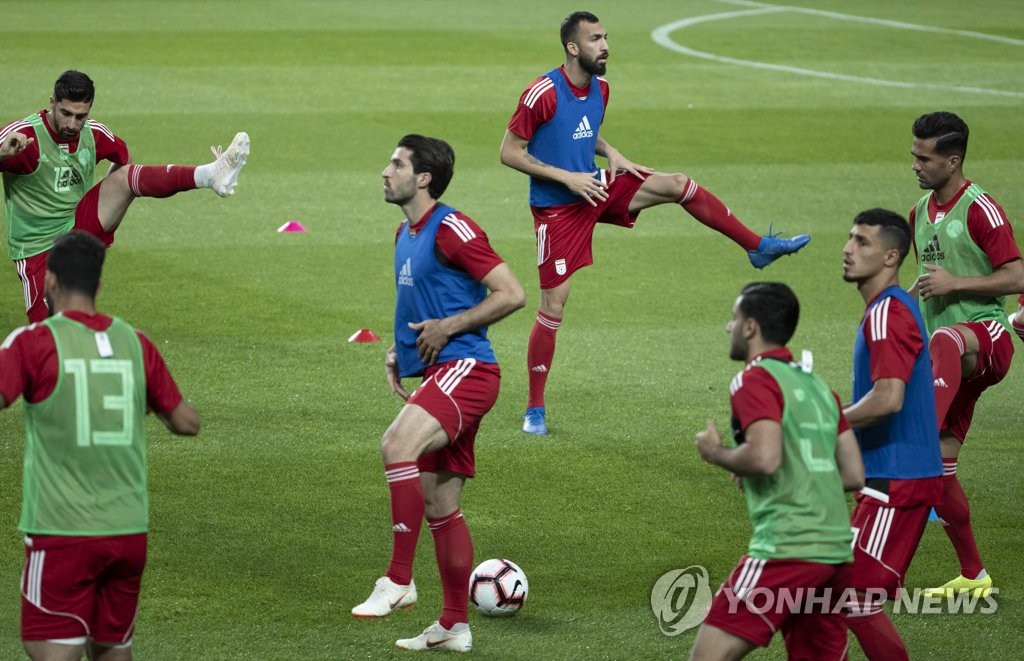