SEOUL, June 11 (Yonhap) -- Politicians and key government officials on Tuesday expressed their condolences over the death of former first lady Lee Hee-ho, a political upholder for her late husband and pioneer for women's rights.

Lee was the wife of Nobel Peace Prize winner Kim, the architect of the "sunshine policy" of engaging North Korea. She was an espouser of Kim's peace and inter-Korean reconciliation efforts and an activist for women's rights.

A memorial altar was set up at the funeral hall of Yonsei Severance Hospital in western Seoul. A funeral is set for Friday and she will be buried at the Seoul National Cemetery.

Lee left a will that says she will pray for the Korean people and a peaceful unification of the two Koreas in heaven, according to Kim Sung-jae, the lead funeral organizer.

She also instructed her family and aides to use her private home in Donggyo-dong, western Seoul, as a memorial hall for the ex-president and to use Nobel Peace Prize money as funds for projects to mark Kim's legacy.

Politicians and government officials visited the memorial altar, expressing sorrow and condolences over her death.

"(We will) do our best in believing that our role has started to build the world that Kim and Lee wanted -- the completion of freedom, justice, democracy and human rights and peace on the Korean Peninsula," National Assembly Speaker Moon Hee-sang told reporters.

A mourning delegation of presidential officials relayed President Moon Jae-in's condolences as the president is in on an official trip to Finland and other northern European countries.

"Lee was a leader of our times who devoted her life to accomplishing democracy and peace. She was a pioneer for the women's movement and grieved at the inter-Korean division," said Noh Young-min, Moon's chief of staff. 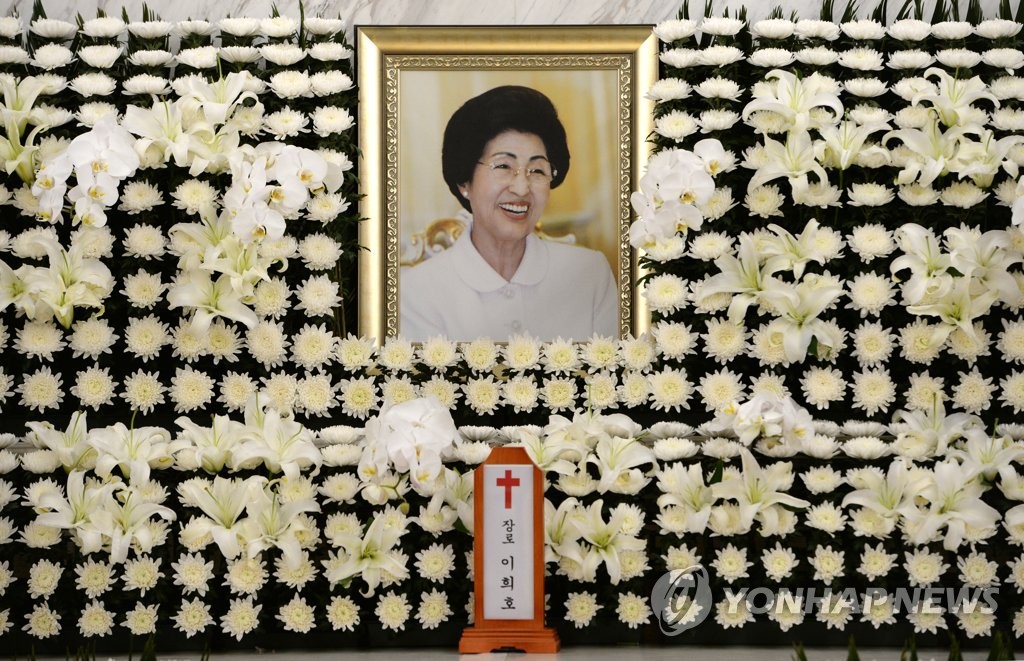 In December 2011, Lee visited the North to pay her respects upon the death of then-leader Kim Jong-il.

The conservative administration of then-President Lee Myung-bak did not send an official delegation to the funeral amid heightened tensions between the sides.

The former first lady's visit was highly symbolic as she became one of the first South Koreans to meet with Kim's successor and son and current leader Kim Jong-un.

"As I held the hands of the innocent children, I thought to myself that we must not pass down the pain of (inter-Korean) division to future generations," the former first lady said after returning from the four-day visit. 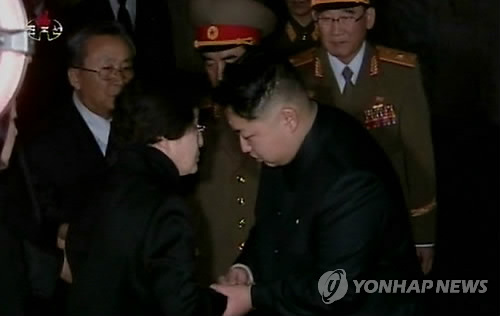 She had three sons, one of whom is the son with her husband, Kim Hong-gul. The others -- Kim Hong-il and Kim Hong-up -- are from Kim's previous marriage.

President Moon expressed his condolences on Twitter and Facebook while on a state visit to Helsinki, Finland.