Trump is due to visit Seoul for talks with President Moon Jae-in after attending a Group of 20 summit in Osaka, Japan, on June 28 and 29.

The exact dates of his trip have yet to be announced.

"The two leaders will also discuss ways to strengthen the United States-Republic of Korea alliance. President Trump and President Moon will continue their close coordination on their efforts to achieve the final, fully verified denuclearization of the Democratic People's Republic of Korea," she added, referring to North Korea by its formal name.

Pompeo will also join Trump during a meeting with Japanese Prime Minister Shinzo Abe on the margins of the G-20 summit.

Trump and Abe will "coordinate on the final, fully verified denuclearization of North Korea" and "discuss ways to strengthen trilateral cooperation with the Republic of Korea on our unified approach toward the DPRK and other shared challenges," Ortagus said. 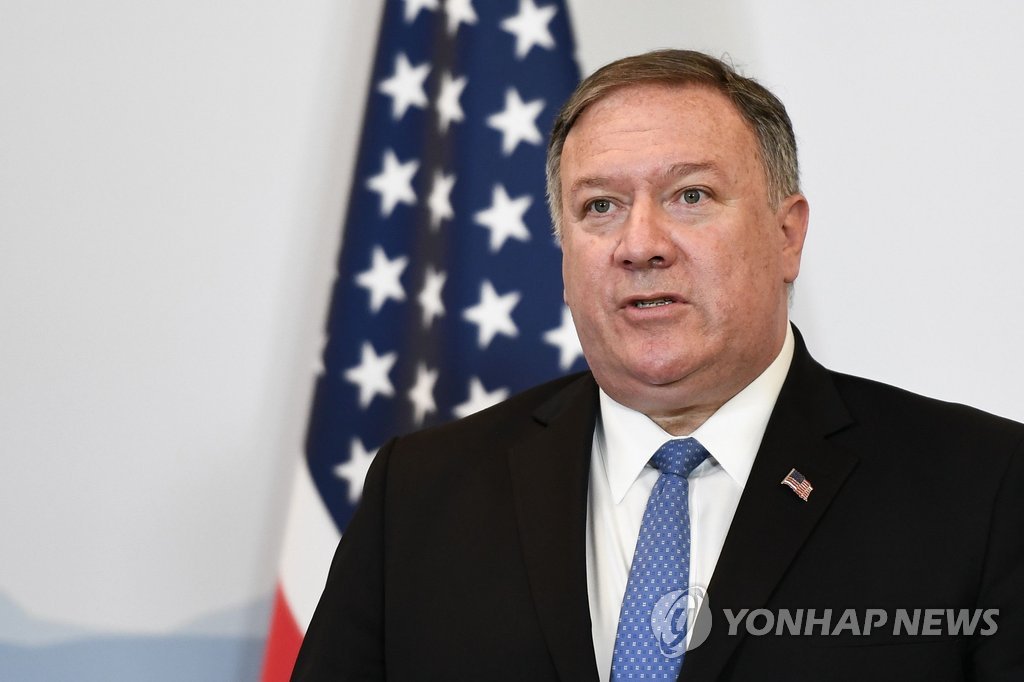 Pompeo to accompany Trump to S. Korea this month

Pompeo to accompany Trump to S. Korea this month