SEOUL, June 11 (Yonhap) -- The late former first lady Lee Hee-ho was a lifelong political companion of her late husband Kim Dae-jung, the architect of the "sunshine policy" of engaging North Korea, and a pioneer for women's rights.

Lee died at the age of 96 on Monday after battling liver cancer, according to her aides.

Lee was not like a shadowlike first lady but served as a political buttress for Kim throughout the ex-president's tumultuous life and an activist for women's rights. She was also an espouser of Kim's peace efforts with North Korea. 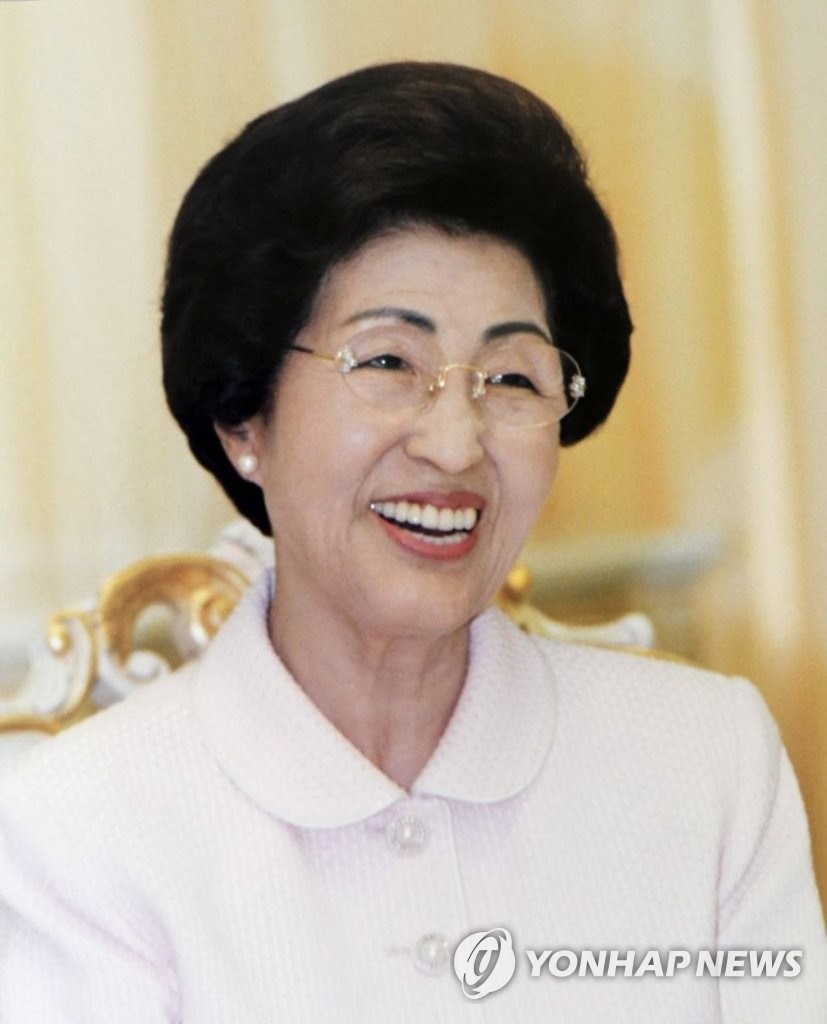 Kim, South Korea's only Nobel laureate, was the architect of the "sunshine policy" aimed at engaging North Korea via vibrant inter-Korean exchanges and reconciliation.

He held the first historic summit with then North Korean leader Kim Jong-il in Pyongyang in 2000 after more than 50 years of animosity between the two Koreas. At that time, Lee accompanied her husband to Pyongyang.

She was a highly educated woman who graduated from the prestigious Seoul National University and earned a master's degree in sociology in the United States.

After returning home in 1958, she devoted her life as an activist in enhancing women's movements when the male-oriented Confucian values prevailed in society.

Lee originally decided to live as a single woman, but at 40, Lee got married to Kim, an opposition political figure, in 1962. It was Kim's second marriage after his wife's death.

Being the wife of an opposition politician who fought against the country's authoritarian rulers Park Chung-hee and Chun Doo-hwan resulted in a turbulent life for her.

But she stood by Kim as a buttress to enable him to stick to his fight for democracy whenever Kim was under political suppression.

He survived several assassination attempts and was sentenced to death after being accused of fomenting the Gwangju uprising in May 1980 but was later pardoned.

"We are family members, but spiritually, we are companions who live in the same world," Kim said in a letter that he wrote in prison in 1977 to Lee.

After Lee became the first lady in 1998, she was active in supporting children and women.

Her background as a feminist activist set the stage for helping more women make forays into government posts and the political sector during Kim's presidency.

After Kim's death in 2009, she had continued to support her husband's peace and inter-Korean reconciliation efforts.

Lee made two more trips to North Korea, in 2011 and 2015. In December 2011, she visited Pyongyang to pay condolences to the late leader Kim Jong-il.

In August 2015, she visited the North upon the personal invitation by the incumbent leader Kim Jong-un, but the two did not meet.

Lee did not intervene in the local politics, but she remained as a symbolic figure for liberal politicians affiliated with her late husband. 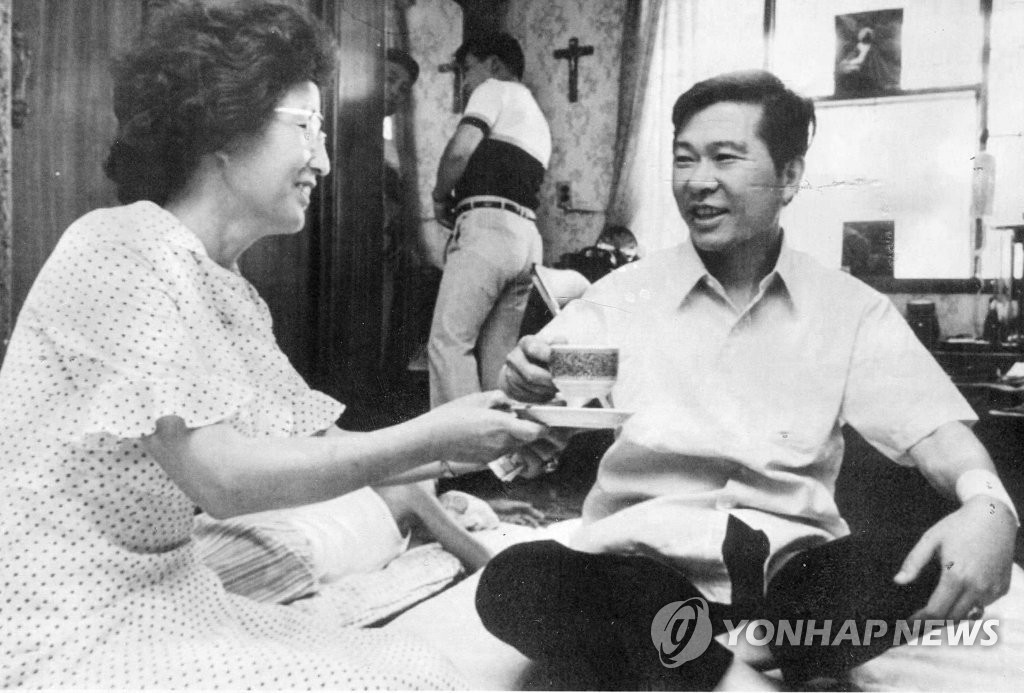