Operations to lift the Hableany from waters beneath the Margit bridge in central Budapest will begin at around 6:30 a.m. local time (1:30 p.m. Korean time), the South Korean quick response team dispatched to the site told reporters.

Hungary finished tying the wire ropes around the ship late Monday. A floating crane has been on standby for the salvage operation near the river.

The sightseeing boat carrying 33 Korean tourists and two Hungarian crew members capsized and sank on May 29 after colliding with a large Swiss cruise ship. The sinking left 19 Koreans dead and seven others unaccounted for. The Hungarian captain is still missing.

It will take about four hours for the salvage work to be completed, from pulling the wreck out of the river and placing it safely on the barge. 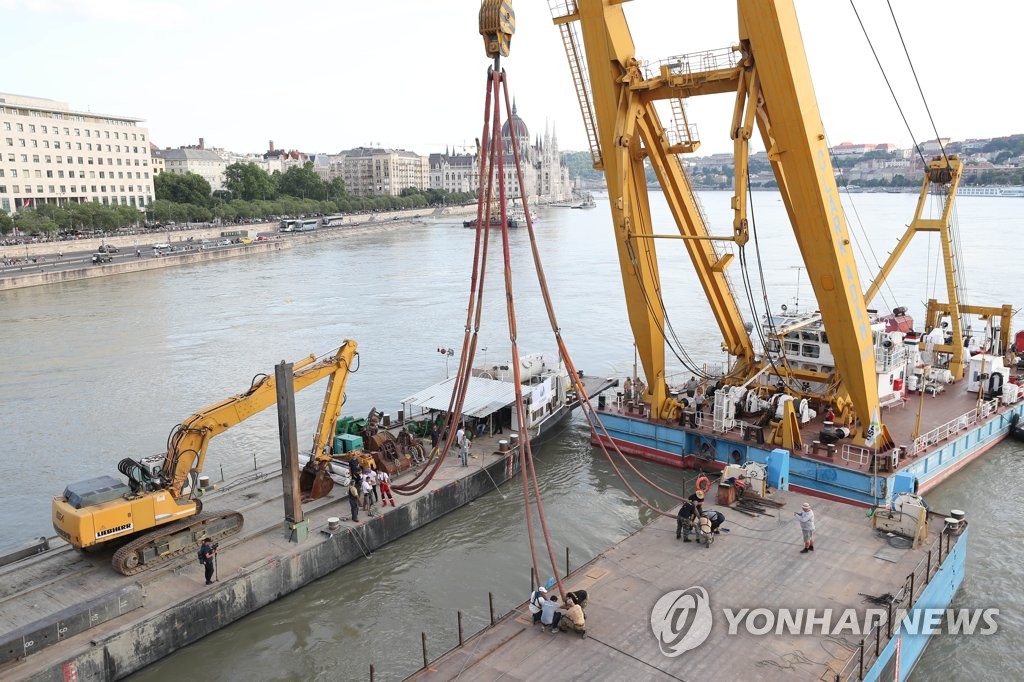