BUDAPEST/SEOUL, June 11 (Yonhap) -- Four bodies, three of them believed to be South Koreans, were found in the wreck of a tour boat raised from the Danube River early Tuesday (Budapest time), nearly two weeks after its deadly sinking left 26 South Koreans dead or missing.

One of the bodies appears to be the Hungarian captain of the sightseeing boat, the Hableany, while the three others are believed to be South Korean passengers, seven of whom are still missing after the May 29 sinking, officials said.

If the three bodies found Tuesday are confirmed to be South Koreans, that would raise the number of Korean deaths to 22, with four still unaccounted for. 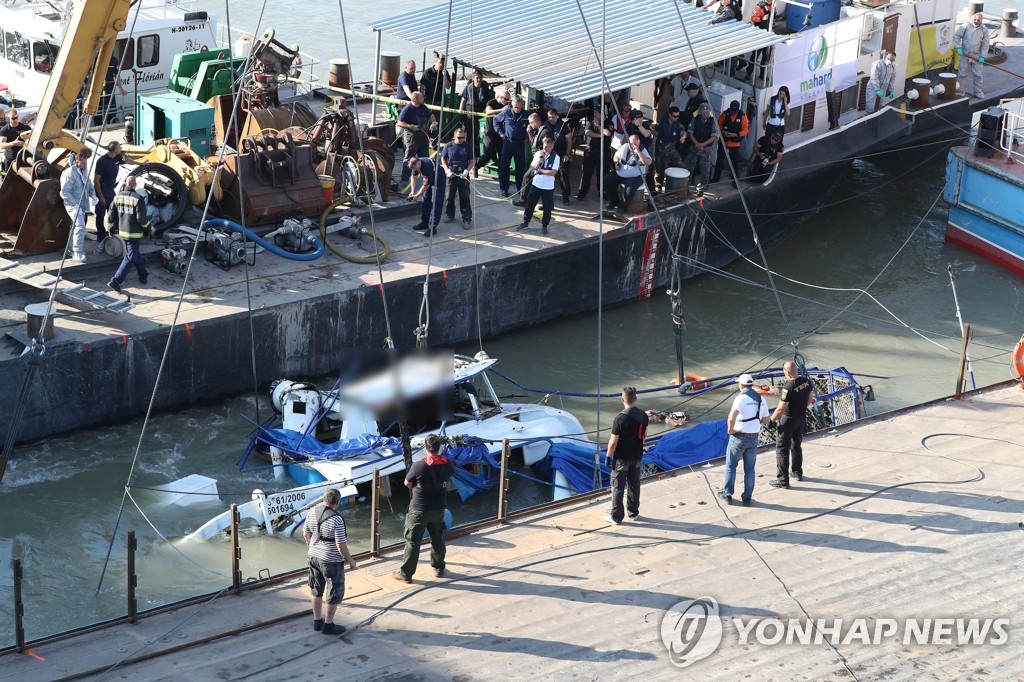