SEOUL, June 11 (Yonhap) -- The U.S. House Armed Services Committee has revised its draft defense budget bill for next year to add a clause prohibiting a reduction in the number of American forces stationed in South Korea without congressional approval, the committee chairman has said.

The Senate version of the National Defense Authorization Act of fiscal year 2020 prevents the U.S. government from curtailing the number of its troops in South Korea below 28,500, but the draft bill presented by the House committee earlier this month did not include that part.

"Our mark sets ... 28,500 that you cannot go below that without congressional authorization," Rep. Adam Smith said during a forum held in Washington hosted by the Center for Strategic and International Studies (CSIS) on Monday, according to a video clip of the discussion.

About 28,500 troops are currently stationed South Korea to deter North Korean aggression, a legacy of the 1950-53 Korean War that ended in an armistice, not a peace treaty.

In the national defense authorization act in fiscal year 2019, the U.S. prohibited the reduction for forces below 22,000.

Asked about threats posed by North Korea, Smith said leader Kim Jong-un "loves to be able to keep his nuclear weapons." The lawmaker also called for maintaining deterrence by having strong forces in South Korea and allies in the region apart from efforts to continue dialogue and tension-reducing measures.

"In the long term, we have to convince Kim Jong-un that possessing these weapons is not really gonna get him where he really wants to be," he said. 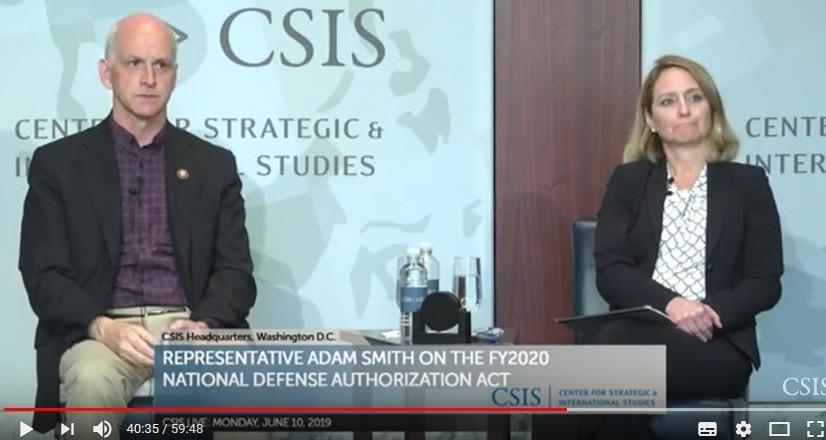