ESS refers to the procedures of saving energy in a large-scale battery for efficient distribution of power. For example, during night hours an ESS can save energy that is then utilized during daytime, when demand for power is high.

The panel said that the so-called DC contactors in battery racks explode when a battery system is hit by an electric shock -- overvoltage and overcurrent.

The panel also said a dry band occurred in battery modules in ESS products installed in mountains or near seas, which damaged insulation and caused fires.

The finding came after the panel carried out a five-month investigation into 23 fires that broke out in ESS equipment produced by local firms, including Samsung SDI Co. and LG Chem Ltd. The fires occurred from August 2017 through May this year. 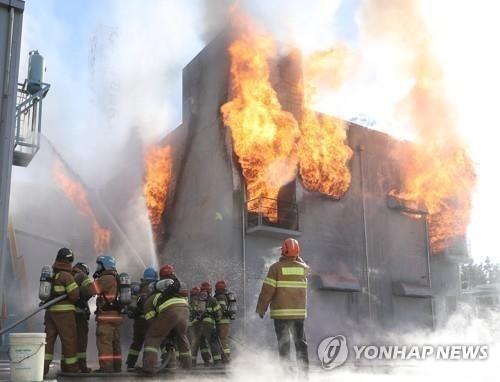