They discussed ways to further broaden the scope of partnerships between the two nations, Moon's office, Cheong Wa Dae, said.

Moon had "in-depth" discussions with the prime minister on how to diversity bilateral cooperation, with a focus on the science technology, defense industry, energy and healthcare sectors, the office said. 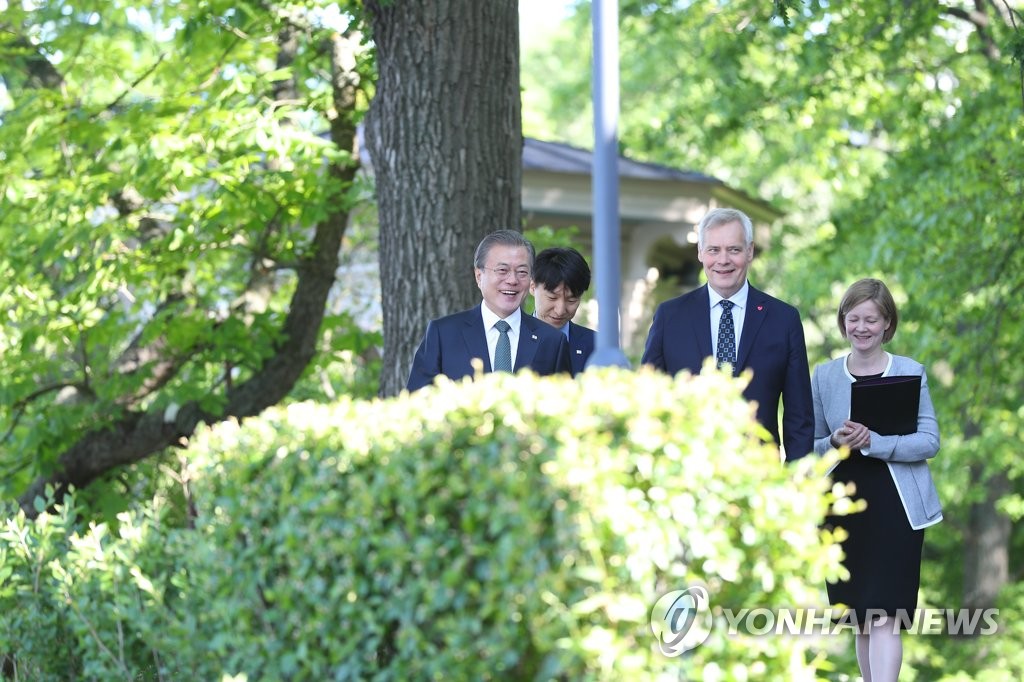 During the 50-minute meeting at Rinne's official residence, Moon asked him to help step up cooperation for South Korea's efforts to tackle fine dust pollution.

Rinne was sworn in as prime minister last week to lead Finland's 75th government. He welcomed an agreement to operate a new air route between Helsinki and Busan, South Korea's second-largest city, starting in 2020.

"He expressed hope that it will contribute to promoting the exchanges of people and goods between Europe and Asia, not just between the two nations," Cheong Wa Dae said.

Moon took note of Finland's advanced programs to nurture global startups based on synergy between industries, schools and research institutes.

The president later visited the Hietaniemi national cemetery to pay homage to those buried there. 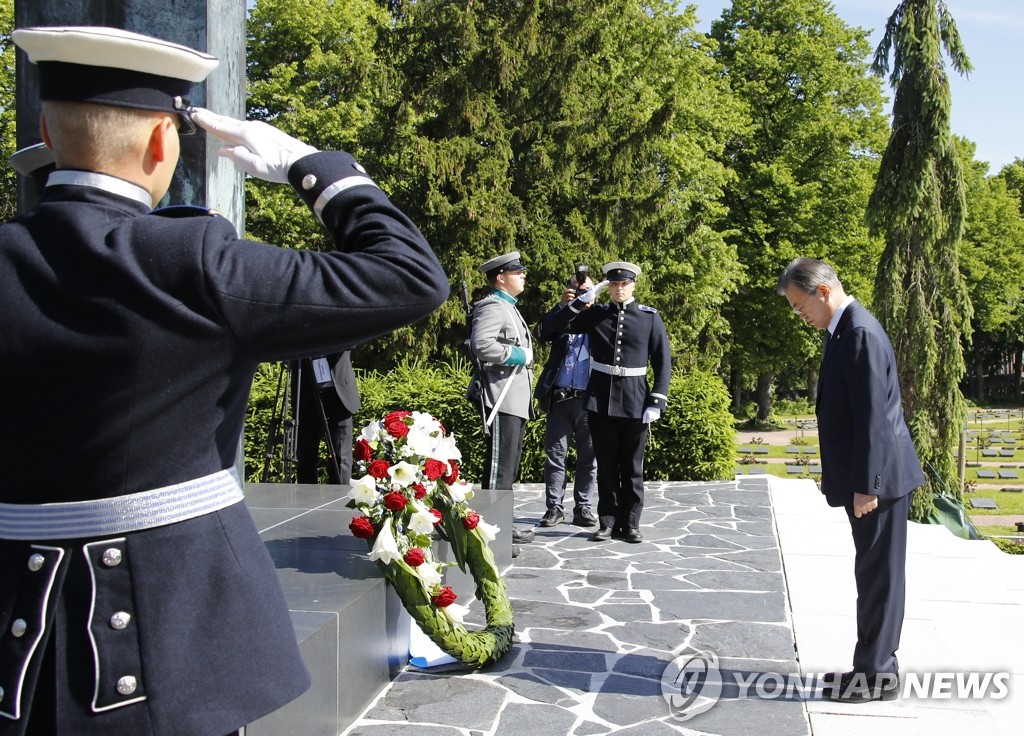 Moon had a separate meeting with three prominent Finnish figures to exchange views on the Helsinki process and what Korea can learn from it as well as how Finland has become an inclusive, welfare nation.

It was held in Finlandia Hall, where the Helsinki Accords were signed.

Moon told them that the Helsinki process, which contributed to the easing of Cold War tensions in Europe and the establishment of peace, offers various lessons for Korea, including the importance of dialogue and exchanges. 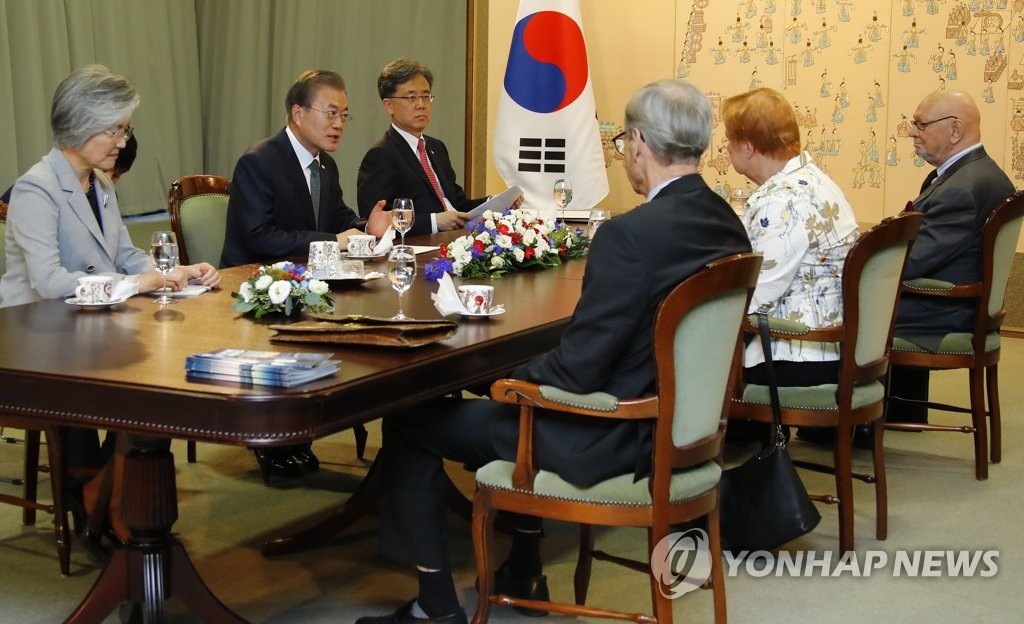 He also took note of Finland's leading role in the process.

The Finnish figures stressed the need for constant and patient efforts to achieve the goal of denuclearization and lasting peace on the Korean Peninsula.