SEOUL, June 11 (Yonhap) -- Ryu Hyun-jin did his job for the Los Angeles Dodgers. His bullpen didn't.

Ryu got a no-decision against the Los Angeles Angels, despite holding them to a run over six innings at Angel Stadium in Anaheim, California, on Monday (local time). Ryu scattered seven hits and struck out six without walking anyone.

Ryu left the game after six innings with the Dodgers leading 3-1, but Dylan Floro, the second pitcher out of the Dodgers' bullpen, gave up a game-tying, two-run home run to Mike Trout in the seventh.

The Angels scored a pair of runs in the eighth off the fourth Dodgers pitcher, Joe Kelly, en route to a 5-3 victory.

Ryu was trying to become the first pitcher in the majors to reach 10 wins in 2019 and to extend his winning streak to seven. 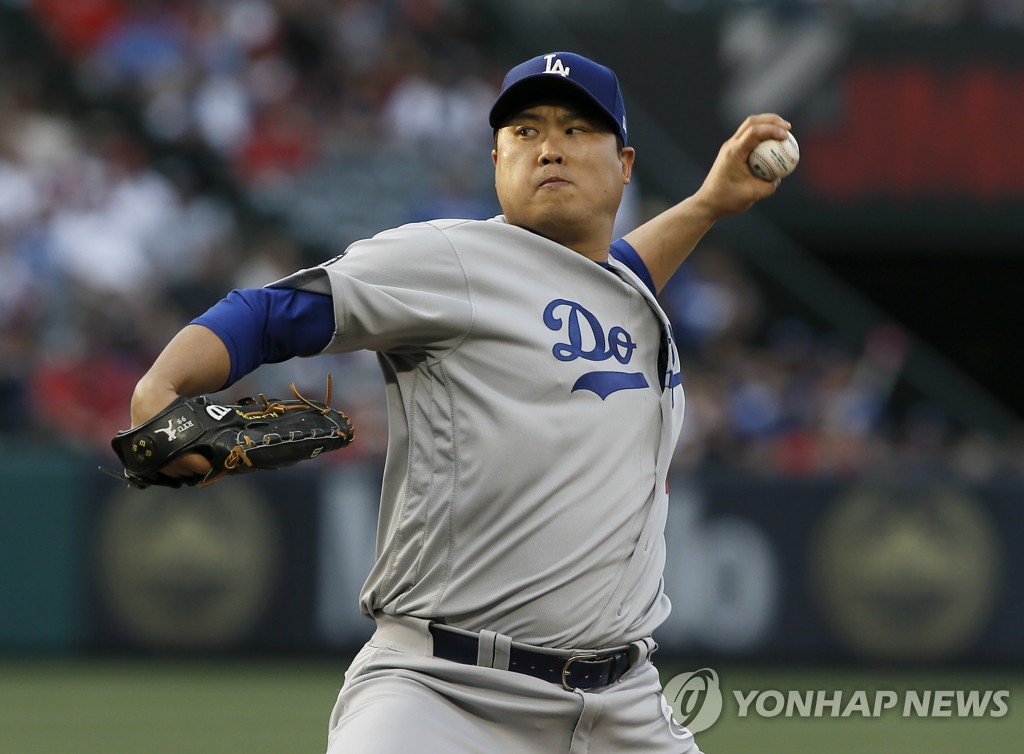 Ryu allowed his first home run since April 26, a span of seven starts, when Kole Calhoun took him deep over the center field wall in the second inning, but that turned out to be the only run the Angels mustered against the South Korean left-hander.

Ryu entered the game having held opponents without a run over the previous 18 2/3 innings. He kept the Angels off the board in the first inning, but after the Dodgers spotted Ryu three runs in the top of the second, Calhoun ended Ryu's scoreless streak with one out in the bottom second with his 14th home run of the season.

Cesar Puello followed up with a double, but Ryu retired the next two batters to escape the inning without further damage.

He had his first three-up, three-down inning in the third, which included a strikeout of Trout. Ryu worked around a two-out single by Calhoun in the fourth and struck out Trout for the second time to end the fifth inning after giving up two straight singles to open the frame.

Ryu got into another jam with two outs in the sixth, following a single and a hit-by-pitch, before striking out Jonathan Lucroy looking with an outside cutter.

Ryu was relieved by Ross Stripling to begin the seventh. It was only the second time in his past nine starts that he failed to go at least seven innings.

Ryu allowed a base runner in every inning except the third, but those six strikeouts provided the safety valve for the left-hander.

This was the eighth time in 13 starts that Ryu didn't issue any free passes. He has walked just five in 86 innings for the season. 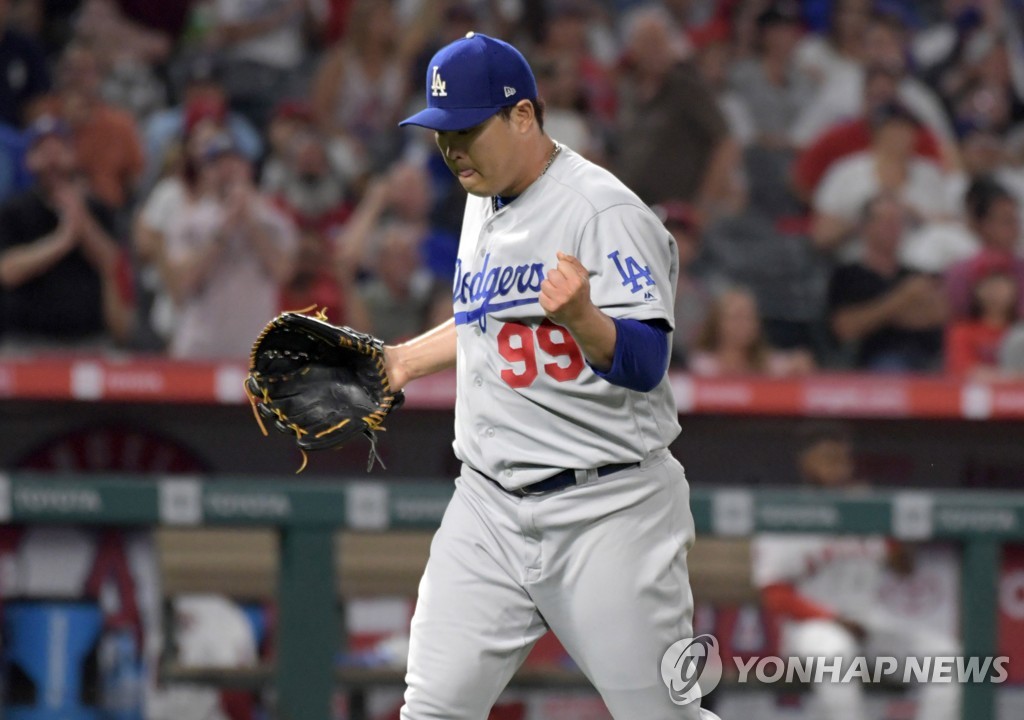