The new energy harvesting system uses a so-called vapor capsulation casting method to create a special silicon "sponge" that goes into the generator, according to the Korea Institute of Science and Technology (KIST).

It said the sponge made with water and silicon, which can be made easily and quickly, has been tested to amplify static electricity to create a relatively powerful and durable generator. The generator with a size of 2 centimeters in width and length, generates 875 microwatts.

KIST pointed out that existing nanogenerator production involves a very complex and difficult process taking several hours, but the new approach requires a total of 10 minutes and can be made cheaply. It said the development has the potential to speed up the growth of this pioneering sector that has generated much interest among scientists around the world.

The state-run tech institute said it actually tested the system to create power for a bluetooth wireless motion sensor and made clear it can be further built up as a power source for the internet of things, communication networks and electronic wearables.

"The discovery is noteworthy because it showed such energy harvesting devices can be made easily and with little complications," said Song Hyun-cheol, a KIST senior research who led the development team.

The production process for the device, meanwhile, has been published in the latest issue of the International Nano Energy journal. 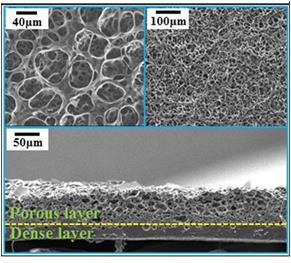