He was addressing a forum, held in Helsinki, as part of the South Korea-Finland Startup Summit joined by hundreds of CEOs and representatives of tech-savvy firms operating in the two nations.

On the occasion of Moon's three-day state visit to Finland, the two countries signed a memorandum of understanding (MOU) to work together for promoting startups and small-and medium-sized enterprises.

They agreed to set up a center for Korean startups in Finland.

"Today, public institutions of the both countries will also sign an MOU on the creation of a joint venture investment fund," Moon said. 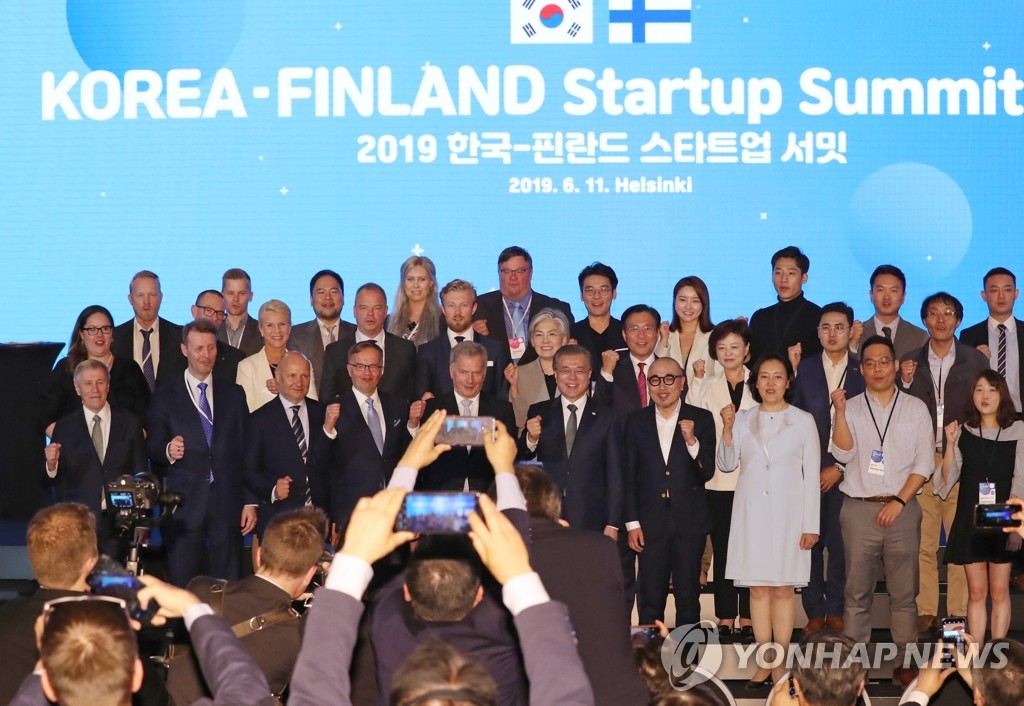 In November, they plan to co-organize ComeUp, a startup festival in South Korea, modeled after the Slush, a famous not-for-profit startup and tech event that takes place in Finland.

"Second, the two countries will jointly respond to the fourth industrial revolution" especially in the 5G and AI sectors, Moon said.

South Korea, which has succeeded in commercializing 5G for the first time in the world, and Finland, which has begun the world's first study on 6G communication networks, are great partners, he added.

He cited a deal to forge sisterhood ties between the hearts of the two sides' technology development -- the Otaniemi district, a suburb of Helsinki, and the Daedeok research complex in Daejeon, some 160 kilometers south of Seoul. 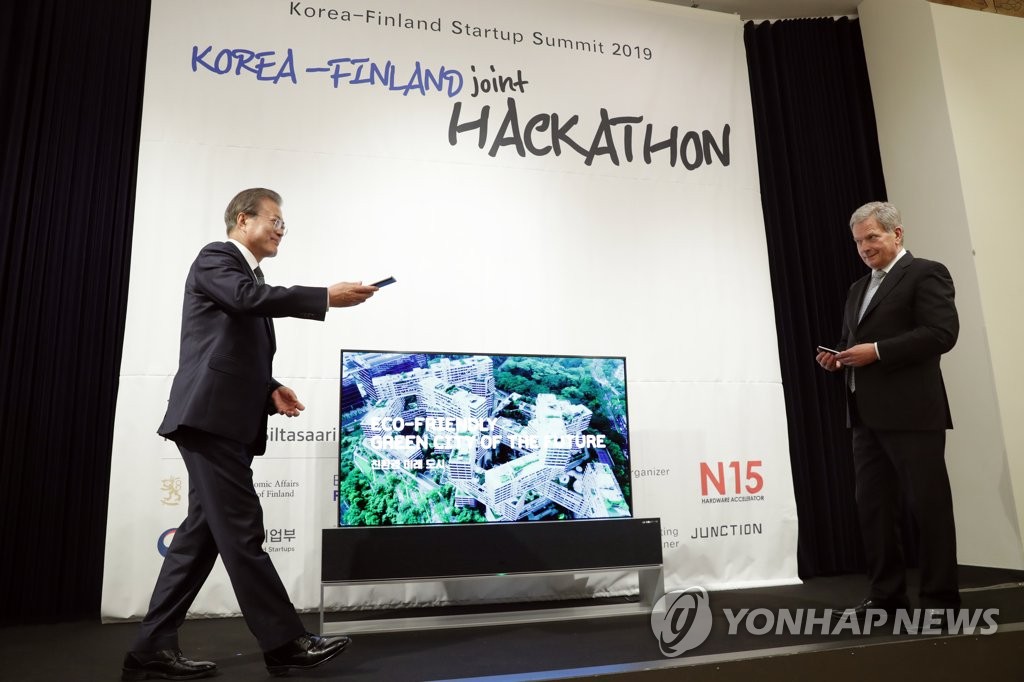 The delegation includes representatives from 53 startups and 25 venture capital and accelerator firms, according to the KCCI.

Kim is the founder and chairman of Baedal Minjok, a major food delivery app.