SEOUL, June 11 (Yonhap) -- A North Korean newspaper on Tuesday lashed out at South Korea and the United States over a recent meeting of their top defense officials, calling the talks a "hostile act" that goes against an inter-Korean agreement to reduce military tensions.

Referring to the meeting between Defense Minister Jeong Kyeong-doo and acting U.S. Defense Secretary Patrick Shanahan in Seoul last week, Minju Joson, the organ of the North's cabinet, said it is a "clear manifestation of the ambition" to "militarily crush" North Korea.

The newspaper said the allies "plotted to strengthen their military collusion" during the talks, such as by carrying out a joint military drill.

"The 19-2 Dong Maeng exercise South Korean military is pushing to conduct in collusion with the U.S. is ... war practice to invade North Korea," it said.

The 19-2 Dong Maeng is a new combined command post exercise, slated for August, to replace the Ulchi Freedom Guardian drills as part of the allies' move to scale down major exercises to back peace efforts.

"Now is the time to stop all military acts that could cause mistrust and confrontation between the same race and put efforts to create an environment and conditions to improve the geopolitical situation," it said.

"A joint military exercise with foreign forces which is the root of the rising tensions should never be allowed, and deployment of war equipment from outside, including strategic assets, should also be completely suspended," the newspaper said. 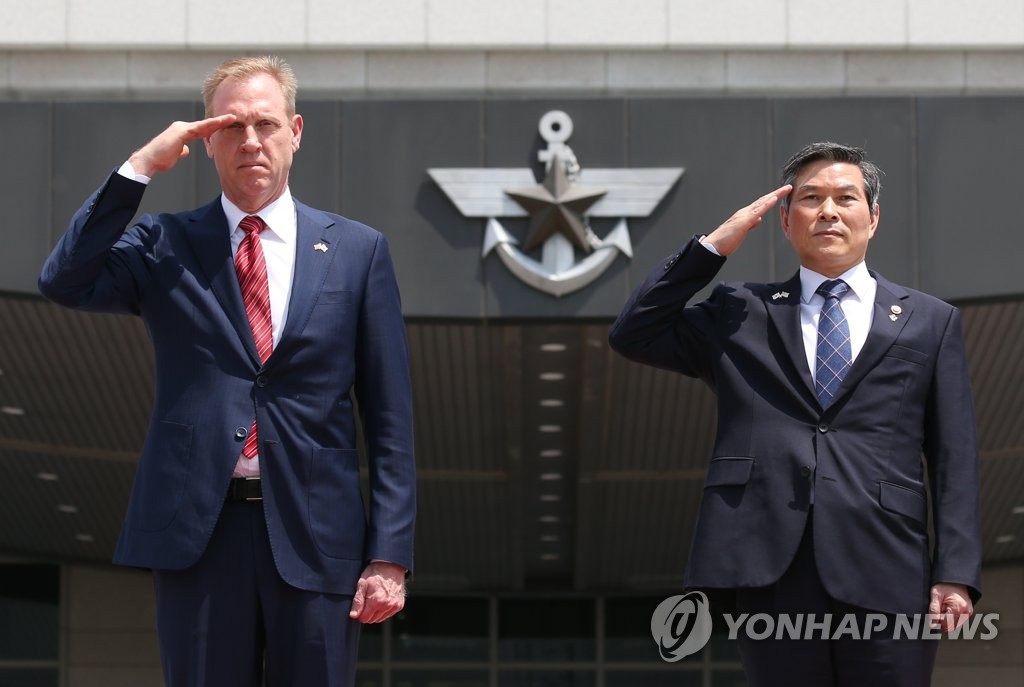