SEOUL, June 11 (Yonhap) -- The prosecution on Tuesday summoned a former Hyundai Motor Co. executive again for questioning as part of its ongoing monthslong probe into allegations that the carmaker concealed engine defects and conducted a belated recall, judicial sources said.

They said the Seoul Central District Prosecutors' Office called in Shin Jong-woon, a former vice chairman in charge of the quality of products from Hyundai and its affiliate Kia Motors Corp., for the investigation.

The prosecutors previously grilled him last Wednesday. In February, the prosecution sent its investigators to the Hyundai Motor headquarters in southern Seoul to collect evidence related to the allegations.

Shin, 66, took charge of quality business for more than a decade until he retired in December 2015 and was a leading supporter of Hyundai Motor Group Chairman Chung Mong-koo's "Quality Management" strategy.

Hyundai recalled 470,000 cars equipped with its defective Theta II engine in the United States in September 2015, when Shin was in a position to decide on the voluntary action, and 1.19 million cars in March 2017.

The carmaker, however, long denied domestic customers' claims about the engine defect until it recalled 170,000 cars in April 2017.

In the February raid, the prosecution reportedly secured lots of documents that could back up the allegations that Hyundai had known about the Theta II engine problems for years but concealed them to continue selling the defective vehicles.

According to the current auto management law, a carmaker shall be subject to up to 100 million won (US$84,600) in fines if it does not disclose and rectify defects upon discovering them.

Hyundai and Kia are the flagship companies of Hyundai Motor Group, together the world's fifth-biggest carmaker in terms of sales. 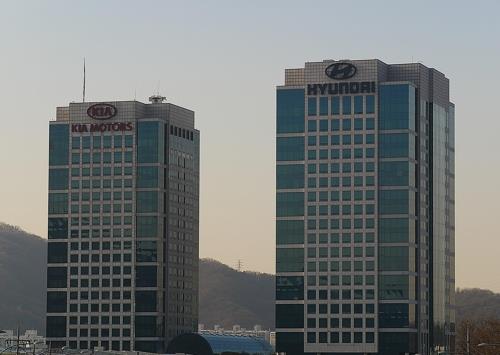