SEOUL, June 12 (Yonhap) -- Maintaining sanctions against North Korea is necessary to get it back to the negotiation table, a former U.S. ambassador to Seoul has said, stressing the need for working-level talks to learn exactly what Pyongyang is willing to trade for sanctions relief.

Negotiations on North Korea's nuclear programs have been stalled since February, when the second summit between U.S. President Donald Trump and North Korean leader Kim Jong-un in Hanoi broke down due to their failure to narrow gaps over the scope of Pyongyang's denuclearization and Washington's sanctions relief.

"I think that data shows Kim Jong-un unfortunately responds to pressure, and sanctions do provide necessary pressure to get Kim Jong-un back to the table," Mark Lippert said an interview with Yonhap News Agency in Singapore in early June.

Though two summits between Trump and Kim clearly showed that Pyongyang "really wants sanctions relief, we don't know what the North is really willing to trade for it. So that piece needs to be discerned for the next move to be successful," he said. The leaders of the United States and North Korea first met in Singapore on June 12, 2018. 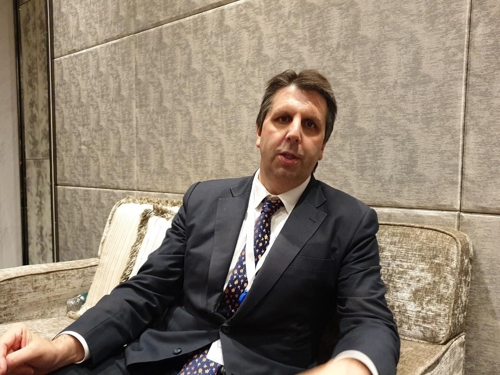 In response to repeated calls from South Korea and the U.S to return to dialogue, North Korea has instead urged Washington to change its way of calculation and make a new proposal to break the impasse. In April, leader Kim said that he will wait for Washington to make a "courageous decision" until the end of this year.

For a breakthrough, many have mentioned holding a third meeting between Trump and Kim. The U.S. president himself also said last week, "I think that Chairman Kim would like to make a deal, and I'd like to make a deal with him. I look forward to seeing him in the appropriate time."

The former ambassador, however, pointed to limits in summit diplomacy, just as shown in the Hanoi meeting.

"Hold open the possibility of a third summit, but also do some work bottom-up ... The piece that is missing is some bottom-up work to set the table a little better so that we don't have so much riding on a single summit in a short manner of time," he stressed.

Lippert also emphasized a phased approach, calling it "the most workable way."

"What that means is starting with a freeze on production, freeze on testing, moving to a rollback and going to zero. That is a phased approach over time with reciprocal steps," he said.

Lippert, however, pointed out that circumstances are now more complicated than before when the current leader's father, Kim Jong-il, controlled the communist country.

"Kim Jong-un seems much more black and white, much less interested in negotiations aside from the summits ... So it has been a more complicated situation with him to discern where he is going, where his government is going and what his ultimate objectives are during negotiations," Lippert said.

In order to help keep dialogue momentum alive, the former ambassador advised South Korea to keep the lines of communication open with North Korea as well as China.

Speaking of the bilateral alliance between Seoul and Washington, he said he has no doubt that the alliance will continue to be strong.

"(The alliance) is much less about personalities these days and much more about structures and institutions. And they are strong, and continue to be strong," he said.

Lippert served as Washington's top envoy to Seoul from 2014 to 2017 and now works as a senior advisor at the Center for Strategic and International Studies (CSIS), a Washington-based think tank. 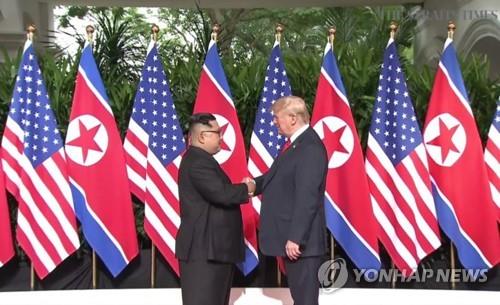