SEOUL, June 11 (Yonhap) -- The top diplomats of South Korea and Russia will hold talks in Moscow next week over bilateral ties and situations on the peninsula and in the region, Seoul's foreign ministry said Tuesday.

Foreign Minister Kang Kyung-wha will meet her Russian counterpart, Sergey Lavrov, on Monday, as the two countries seek to enhance cooperation ahead of the 30th anniversary next year of the establishment of bilateral diplomatic ties.

"The ministers plan to consult over the development of bilateral ties ahead of the 30th anniversary, and exchange views on ways to cooperate over situations on the peninsula and the region, and on the international stage," ministry spokesman Kim In-chul told a regular press briefing.

South Korea has been striving to deepen diplomacy with neighboring countries to create fresh momentum for its drive to induce North Korea's denuclearization and foster a lasting peace on the peninsula.

Seoul's peace initiative is feared to lose traction, as nuclear talks between Washington and Pyongyang have been stalled since the no-deal summit between U.S. President Donald Trump and North Korean leader Kim Jong-un in Hanoi in February. 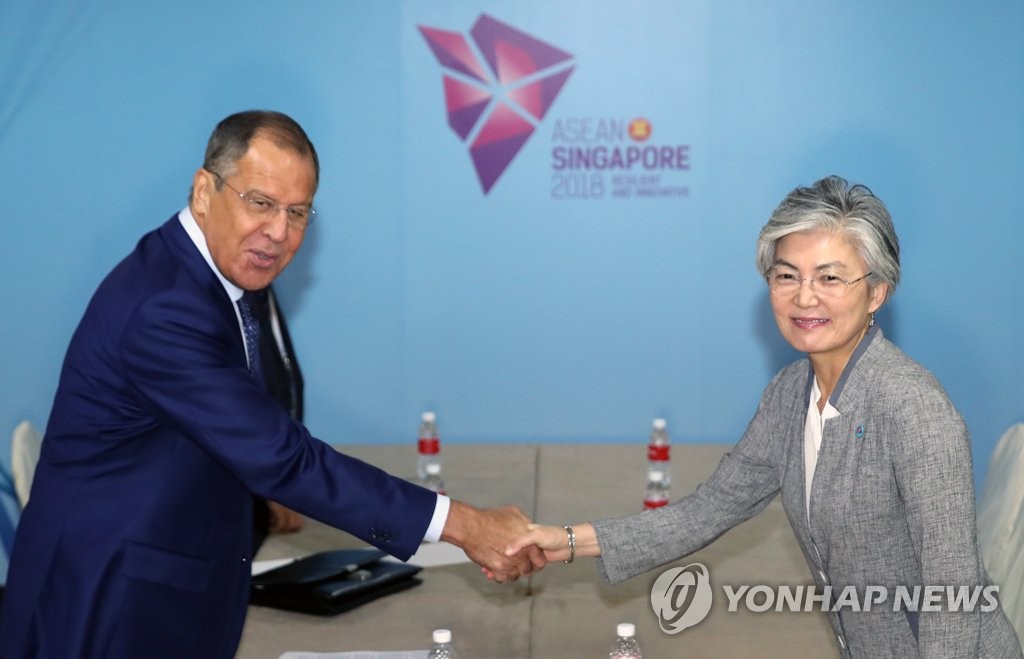